BLOG TOUR - Amy Stephens' FALLING FOR HER (The Falcon Club, #2) 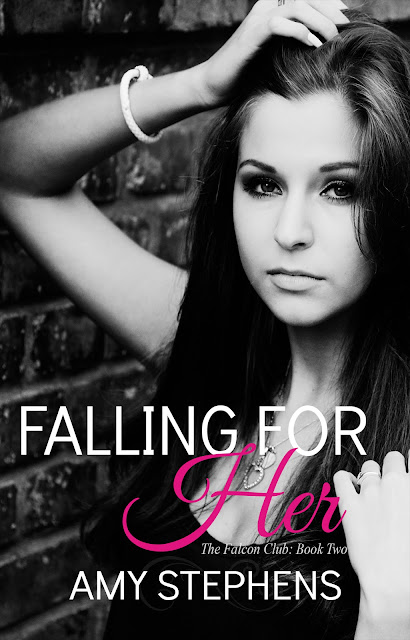 Jaime Garcia had dreams. Growing up poor, he always knew his chances of attending college were slim. With no father in their home, he did everything he could to help his family, including working side jobs that sometimes required him to do things that weren’t always safe or smart.
One night, Jaime found himself in the wrong place at the wrong time. Sent away for a crime that never should have happened, his attorney plea bargained a sentence that put him in a federal prison camp far away from home and his family.

As the years passed by, Jaime adjusted to his life in prison and found a way to fulfill his dream of earning a college degree all while being incarcerated. What he hadn’t expected though was to meet someone he would become attracted to, someone who knew nothing about his past. Jaime and Erica were placed together in a study group for a class assignment. They instantly have a connection and enjoy spending time together in the military library.

At first, Erica doesn’t know that Jaime is different from the other military men on base. However, when she discovers the truth behind the jumpsuit he wears bearing the name The Falcon Club, how will it affect their friendship and the relationship that has started to develop between the two of them? Can Jaime convince Erica he is falling for her and not just taking advantage of her because of his situation?

The Falcon Club: Falling for Her, book two in the two-part series, is told from Jaime’s point of view and should be read after Falling for Him, Erica’s story. 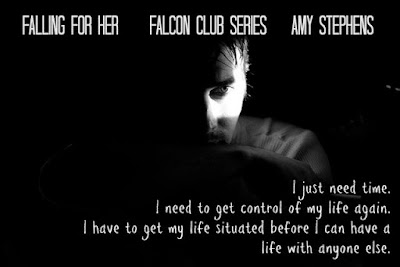 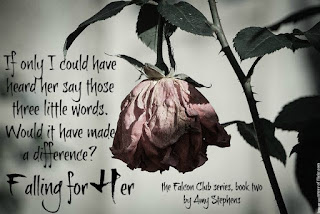 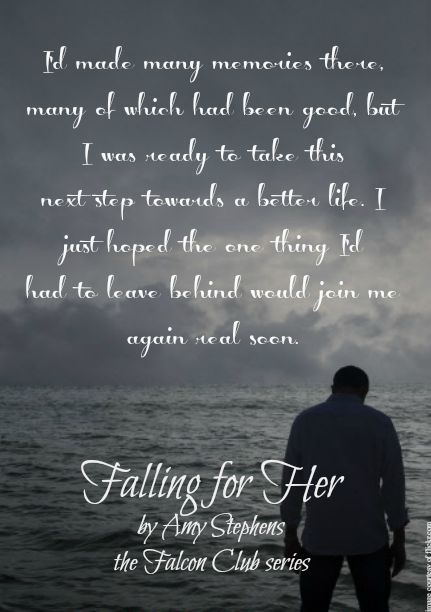 Frankly, since I've read the first book in this series, I was a bit disappointed by the sequel, Falling For Her. Why? Well, I think the author could have done so much more with it. If the beginning had been cut back, had less description of the days passing, it would have read as more exciting. The end could have been a little more emotional. Frankly it seemed as if only days passed and not months. I'd recommend that the author keep those things in mind for future stories.

However, I did love to see his side of the story, and the conclusion was awesome. It made up for some of the rest.

Amy Stephens is a new adult/contemporary romance author. Originally from Greenville, Alabama, she now lives in Robertsdale, Alabama, just minutes from the beautiful Alabama Gulf Coast beaches, with her husband and son. She is a graduate of Troy University with a Master’s in Human Resource Management. She works in retail management full-time during the day and pursues her passion for writing in her down time.