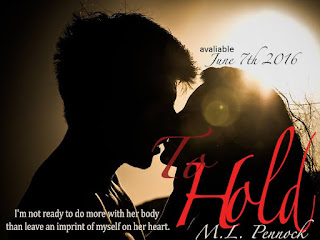 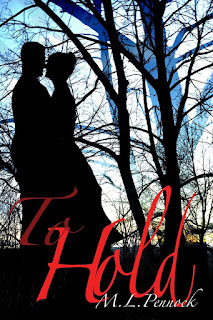 Everyone has them. Some are little. Some are big. Some are harder to hide than others. Stephanie Barbieri had no problem keeping things hidden from the time she was a teenager. An emotionally abusive boyfriend. The popular girl who moonlighted as a bully. The whirlwind romance that landed her in the hospital.
For Stephanie, burying secrets was the only option until she was forced to face her fears.
And him. Eventually she had to face him. The hero. Her savior. The maximum dose of reality.

Max Wyatt has spent the better part of his time as the new cop in a new community keeping his own secrets. He shares very little information about his past, even with those closest to him, because the past taunts him, keeping him up at night until he works himself into an emotional frenzy. It’s filled with a darkness he’s been fighting for years.
It’s a past that simultaneously haunts and motivates him.
A past that convinces him it’s time to stop avoiding her. The girl he saved. The one who has the ability to help him put his ghosts to rest. 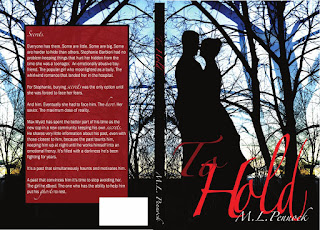 After meeting Stephanie and Max in To Have, the first book in this wonderful series, I was so excited and anxious to get their story. Ms. Pennock did not disappoint. While seemingly recovered from a horrific attack Stephanie hides her fears from everyone, including her best friend/sister Stella. The man who came to her rescue, Max, just may be the only one who can save her now and bring her back to life. If only he didn't have his own secrets and reasons for running...
This was a beautiful story of fighting back after tragedy, of becoming stronger and learning to trust again. A story of overcoming insurmountable loss and heartache and opening yourself up to the possibility of a bright future full of love. I'm excited to read more from this terrific author in the future. 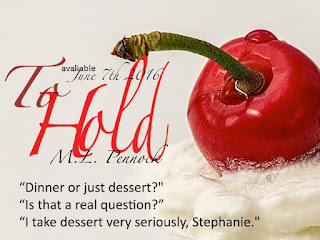 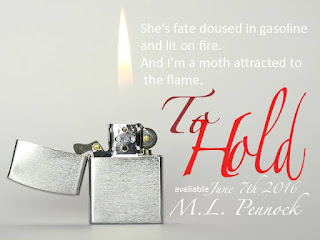 
Born and raised in Western New York, M.L. Pennock learned early on the benefits of growing up in the country — bare feet, lake swimming, bonfires, mud pies, and mastering the art of playing tag in the dark. As a young girl, she wrote stories, which evolved to writing crappy poetry on pieces of notebook paper during chemistry class in high school. Then there was some crappy poetry written on her bedroom walls. All this led to the decision to not be a veterinarian when she grew up, whenever that might be.

She’s still barefoot most of the time and thinks playing in the dirt is the best thing for getting out of an emotional funk. There hasn’t been a single crappy poem written in years.

M.L. and her husband live in the Syracuse area with their three daughters, geriatric black lab, and two betta fish everyone forgets to feed.