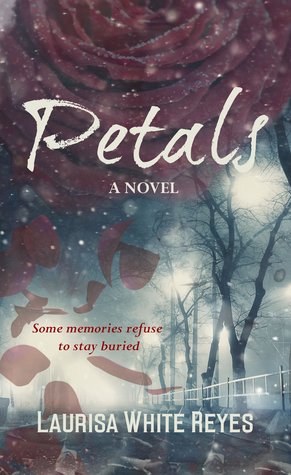 On Christmas Eve, a horrific car accident leaves Carly Perez without a mom. After a
year of surgeries and counseling, Carly’s life is nearly back to normal—except for the
monsters—vague, twisted images from the accident that plague her dreams. When her
father insists on spending their first Christmas alone in Guatemala with a slew of
relatives Carly has never met, she is far from thrilled, but she reluctantly boards the
plane anyway.
That’s where she first spots the man with the scarred face. She could swear she has
seen him before. But when? Where?
In Reu, the Guatemalan town where her father grew up, Carly meets Miguel, her
attractive step-cousin, and thinks maybe vacation won’t be a total waste after all.
Though she is drawn to him, Carly’s past holds her back—memories that refuse to be
forgotten, and a secret about the accident that remains buried in her subconscious. And
everywhere she turns, the man with the scarred face is there, driving that unwelcome
secret to the surface.


REVIEW:
[Flora]
Amazon rating: 5/5
In Patti's Imagination rating: 10/10
(I wish I could give this book a higher amount of stars)


This talented author helps the reader see, in vivid adjectives, Guatemala and California.  The book is suspenseful, well written and so very interesting.  I honestly did not see the end coming.  The author takes on some heavy themes - loss of a parent, and the torn feelings a person with two heritages might feel.  White Reyes did her homework especially with the Guatemalan history and traditions.  I loved how she added Spanish phrases.  It made the well developed characters seem real.
The teenage Carly Perez was in a horrible car accident where she lost her mother on Christmas Eve.  Her father tears her away to Reu, his small hometown in Guatemala to visit family just before the first anniversary of that accident. Carly is mad about being uprooted and resented her father's seeming lack of compassion. The world of a cold winter in her California home is the opposite of Guatemala and she is sure that she will be horrible. Carly soon warms up to Reu especially when she meets her step-cousin, Miguel.
The mystery starts in the airport and continues throughout her whole trip.  She knows her father has secrets about why he has not seen his family in Reu for decades.  She knows that her nightmares are too much for her to take. She knows that a scar-faced man is everywhere she is.  What she doesn’t know will change her forever.   Who is the scar-faced man?  Why is he stalking her?  Can Carly and Miguel find the answers that seem buried in her nightmares?


The way the author describes the family and the grandmother’s home is amazing. The story is so well written I liked that every item mentioned in the story adds to the mystery and is explained by the OMG ending.  I would recommend this story to everyone.  I look forward to reading other stories by this author.

In sixty seconds, Mom would be dead.
​We’re driving down Telegraph Highway, the two of us, a wrapped gift box on my lap. It
is rectangular, maybe fifteen inches tall, in red foil paper with a white bow on top. We
were lucky to find the drug store still open on Christmas Eve.
​Mom is pleased. She’s humming along with the radio, which is playing a lively fifties
holiday song. Her thumbs tap out the tune on the steering wheel. Her car keys sway in
the ignition, jingling like bells.
​Outside, the sky is dark. Through the storm, the road ahead looks like a long tunnel.
​Snow is falling.
​It happens so fast there is no time to react. Bright lights hurtle toward us on our side of
the road. Mom’s arms brace against the wheel. She thrusts her foot against the brake,
but the road is slick with ice. The car swerves.
​I hear a car horn blaring. I hear the crunch of metal, the pop of glass shattering. A
powerful force shoves me against the car door as everything suddenly whirls in the
wrong direction. I feel pain. I scream.
​And then it’s over.
​When I blink open my eyes, everything is white.
​Snow is falling.

Laurisa White Reyes is the author of the 2016 Spark Award winning novel The
Storytellers, as well as The Celestine Chronicles and The Crystal Keeper series. She
lives in Southern California where she teaches English at College of the Canyons.