In case you missed it by the title, this post WILL CONTAIN SPOILERS below! I'll give you some space, so you can back away safely... (edited to add an image to take up some space and for eye candy...) 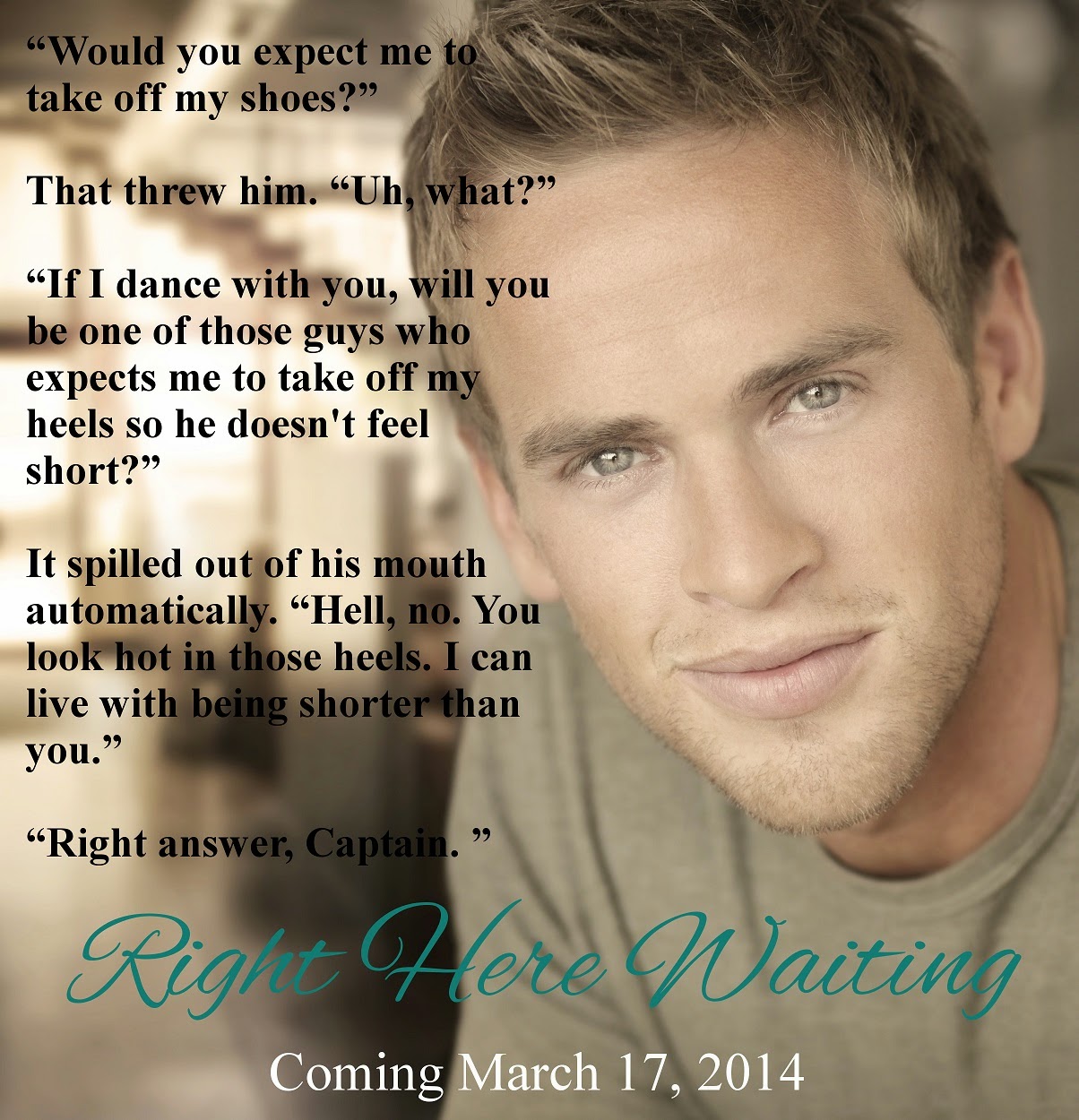 Okay, you've been warned! I had two different epilogue endings for Right Here Waiting. The very first epilogue I chose to cut early in the process for a couple reasons. For one, when I first wrote it, the passage illustrated Meg and Emily's full reconciliation, and once I'd added the scene between Em and Meg after Neil's vivid dream, it was redundant for that purpose. The other reason was because it took place a year after Neil woke up. That was a lot of ground to make up in a story that had already lengthened considerably when Neil's POV was added. Since it brought no new character development to the story and the plot development wasn't crucial to THIS story, it went away.

Then, I moved Meg and Neil's wedding chapter to the epilogue. I thought, up until just before I sent Right Here Waiting out for beta review, that I would keep it. But I decided that I didn't like how much it spoiled stories that came later (namely, Nina's), so I chose to cut it. I still don't want to spoil that story too much, so what I'm going to do is start this segment at the wedding itself. For reference, this takes place in December, a year from when Emily met Rob and about four months after the end of Right Here Waiting. More of the wedding will be shown in Nina's story, so stay tuned for that!


The ceremony was short, despite a couple of readings and a sermon by her pastor on how love could help a couple endure all the trials of life, but that it would always be a bigger challenge than necessary unless we put ourselves in God's hands. Meg had spent every Sunday since the first one after she met Neil's parents going to church to pray. She had told no one but Neil and her future in-laws about her new found relationship to God, so it seemed more than appropriate for Neil's mother to say something at their wedding.
Siobhan stood at the podium. Meg had told her that she could say whatever she felt. Over the last year, she had come to rely on Neil's mother to have just the right words to make everything okay so many times that she'd lost track.

“This is one of what we all know as Murphy's Laws:

Nothing is as easy as it looks.
Everything takes longer than you expect.
And if anything can go wrong,
It will at the worst possible moment.

We were so very blessed this last year to have Meghan in our lives to help us through Neil's deployment. It seemed that Neil was livin' up to his name by finally getting' the girl o' his dreams just when he was bein' put in harms way. But Meghan stood by him, even when the worst happened. I know it nearly killed her to sit and wait for Neil to regain his memory. It was torture for Aidan and me, too, because we knew just how deep their love ran. The doctors said that it was important to let Neil come back to his memories on his own. In part, because there was a lot that happened durin' wartime that might be jogged and be detrimental. How Meghan sat by and waited for it to happen, I don't know. Some might say it's due to her bein' a therapist. I can only say that I think it was her faith in God, that he wouldn't have given her Neil only to take him away. And her faith paid off, because now we're here, today, to celebrate the love they have for one another. A love that strong will be able to weather the harshest of circumstances. Ye shouldn't have to start out with things so hard. But at least now ye know ye can make it through the rest. Everythin' else should be smooth sailin' by comparison. I love ye both. Very much. Meghan, ye have become the daughter I never had and I feel particularly blessed to know ye'll be the one to take care o' my baby. And Neil, if ye ever do that to yer wife again, ye'll have yer ma to answer to, got it?”
Her expression was mock stern as everyone laughed. She returned to her seat.
Meg looked at Neil, who smiled at her with so much love she thought she might collapse from the weight of it. Fortunately, her love for him was as strong as his own and she knew she wasn't the marshmallow anymore, the one with the vague appearance of being able to bounce back. The weight of the last year or so had been carried by more than just Meg because she let it be for once in her life. First, of course, was God, whom she had leaned on more than she ever could have imagined before she met Neil. But there was also the Murphys; Nina; Owen; Charlie and Dan; and of course, at the end, Em.
As they said their vows and exchanged rings, Meg started to cry tears of joy. They didn't need the vows or the rings to tell each other how much they meant, how much love was there between them. This was more for their friends and family and to make a promise in front of God. But the truth was, that after this last year or so, Meg knew nothing could really shake them. Not now. Not when they'd endured the worst already.
For the rest of her life, she would lean on Neil and he on her. And nothing ever felt so right.
Posted by Patti Korbet at 10:05 PM