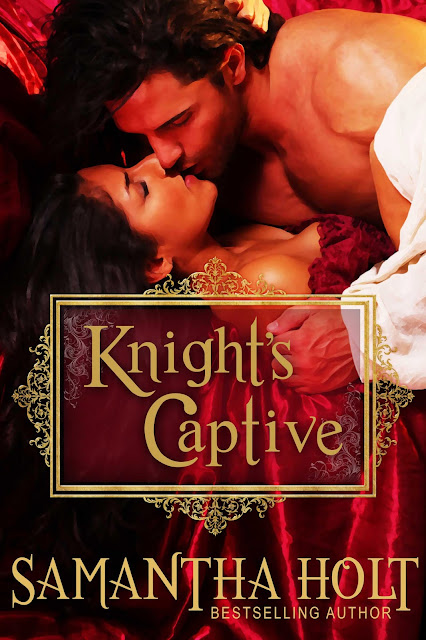 Queen Elizabeth sits on England’s throne. A once Catholic country is now ruled by a Protestant queen. In a time of fear, turmoil and bold deeds, many heroes are seldom written into history...
After aiding in the capture of the flagship Rosario and helping to defeat the Spanish Armada, Sir Henry Bainbridge is set to make his mark on the world and strengthen his position as a man of authority. Now in charge of the Spanish prisoners, Henry must negotiate their return to Spain and manage the care of his people.
However, when he comes across a woman amongst the survivors, his future plans are put on hold. The exotic beauty draws him in and his honour will not let him doing anything other than protect her. Henry takes her into his home and places her under house arrest. He can only hope his principles are enough to protect her from his desires...
In a time when small differences spark fear into the heart of many, Antonia finds herself drawn into a battle between a zealous priest, a discontented population and the most honourable man she’s ever met. Nothing can ever come of their attraction, not while he’s holding her father prisoner and not when so many differences divide them.
Or can it? 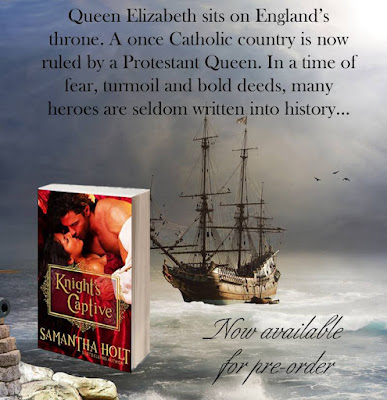 The ship seemed to come apart beneath his feet. It propelled him forward and he snatched whatever part of Antonia he could grab to haul her close. His fingers met a bunch of fabric, and he yanked her to him and drew her to her feet. She tried to get away again but he was prepared this time and wrapped his arms about her.
“We need to get off.”
She shook her head. “My father!”
Smoke was beginning to rise out of the hull. Men poured onto the deck, but he couldn’t see her father. His men frantically ushered them over the side of the ship to the waiting boats. He stepped around the steadily growing cracks in the wood and grimaced as the mast swayed and creaked. The ship didn’t have long.
He shoved Antonia into Will’s arms. “Ensure she gets into a boat.” He turned his attention to the dark-eyed woman. “I’ll get your father.”
She nodded, her lips pulled into a tight line of fear. Henry turned away before he could regret his decision. Will would see her to safety. The gut-sickening sound of men’s cries sliced through him, like a baby’s wail calling to its mother. It wasn’t the first time he’d heard sounds like that, and yet it still made him stiffen and determination burned in his belly. He’d been tasked with capturing these Spanish and he’d damn well do it. None would burn or drown on his watch.
Henry raced down the stairs and covered his mouth with his arm. Smoke made his eyes water. Ghostly creaks rattled through the ship. She was taking on water though it hadn’t reached the deck below. He could hear the sea swallowing her, drawing her down to her doom. But the fire hadn’t been doused. Heat touched his skin and he suspected that not far beneath him could be a raging inferno.
Several men pushed past him—his own men. He peered into the gloom and stalked past the canons. The ship gave another shuddering moan and tilted aft. He gripped some rope hanging from the roof and forged forward.
“De Valdés!” he called, almost choking on a lungful of acrid smoke. When he neared the galley, he paused. Over the sound of the foundering ship, a cry for help reached his ears. He pivoted and raced to the fore, narrowly avoiding tripping over loose shot and ropes. There, near the front, was Antonia’s father—pinned by a strut of wood that must have fallen from the roof.
When he peered closer, he noted de Valdés wasn’t the only one caught. A young officer had also become trapped. Henry grimaced. He didn’t look alive.
Henry wasted no time in gripping the plank at one end and dragging it from the commander, wincing from the effort. His muscles pulled in protest, his lungs burned with exertion and smoke inhalation. He cast it aside and did a cursory inspection of the lad. Dead, for certain.
“Can you walk?” he called to the older man.
He nodded, dragged himself to his feet and propped himself against the rear wall. Even in the gloom, pain dug deep grooves in his features. Henry suspected a broken leg. God’s teeth, they didn’t have time for this. He snatched the man’s arm, flung it over his shoulder and they made their way all too slowly to the stairs.
A moan rumbled through the ship. She tilted farther, heeding their progress yet more. He practically dragged the commander up the steps and they both took a moment to swallow gulps of fresh air. Henry surveyed the deck and saw most had abandoned ship.
Except...damn her. He passed her father over to Will. “A broken leg,” he shouted. “You’ll have to lower him down. As soon as he’s in, abandon ship.”
Antonia was already hurrying to his side from the quarter deck but before she reached them, a crack splintered the air. Henry’s skin prickled. He glanced up and saw the middle mast sway. The ship was now at an angle—slightly back, slightly to one side. The mast began to tilt that way too and as it went, it ripped the quarter deck with it, sending Antonia sprawling. He half-expected her to be swallowed into the bowels of the ship before he stormed up the stairs to her side, but he reached her before the mast fell.
As the deck splintered into what seemed like a hundred pieces, he snatched his arms around her and dragged her onto the main deck. The ship spit up shards of wood around them. She wasn’t going down without a fight, but she seemed determined to take them with her. Henry glanced back to see Will and de Valdés were gone. He tightened his grip on Antonia and wrapped a hand around the railing. They’d be lucky to make it to the longboats waiting in the water. “We need to jump.”
“No. My father.”
“He’s safe.” Henry had no way of knowing that, but he wouldn’t have this woman on the ship any longer. “Can you swim?”
She nodded.
He helped her up onto the railing. Her body trembled beneath his palms. “Jump now.” His world tilted further. “Jump!”
She flew over the edge, her hair streaming out behind her. He couldn’t hear the splash as he tore off his doublet and undid his belt. He flung both aside, regretting that he’d lose his blade. That had been a fine blade. Clambering onto the side, he took a breath and dove.


Samantha lives in a small village in England with her gorgeous twin girls. She enjoys writing historical romance involving chivalrous knights, hot highlanders and cravatted men, but sometimes gets lured away by bad boy bikers, soldiers and other heroic modern men.

Email ThisBlogThis!Share to TwitterShare to FacebookShare to Pinterest
Labels: Excerpt