BLOG TOUR and REVIEW - Kelli Jean's THE SONG REMAINS THE SAME (NOLA's Own, #3) 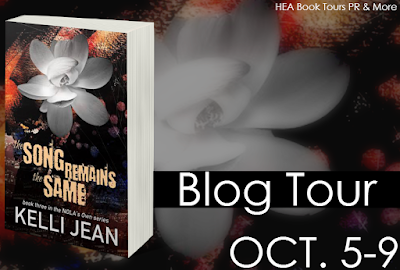 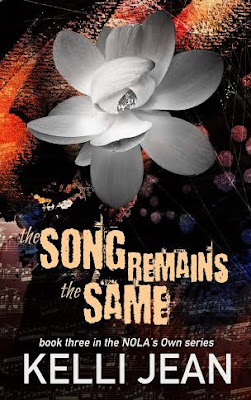 Phil
“Kenna stood strong, taking my grief into herself. In that moment, if the world had truly threatened to fall, I had no doubt my Baby Girl would hold it up.”

A pillar of strength, Kenna only grows stronger as time passes. I’ve known from the beginning that I was the weak link between us. Always, she’s risen above and beyond the darkness of the unknown that threatens to suck me down. This time…I’ll have to crawl out of that darkness on my own.

Kenna
“What we have—the kind of love we share—comes at a price. The universe demands it. It’s not free, and it shouldn’t be.”

So many souls make up the fabric of the music. Thousands upon thousands of years, millions of eyes and ears, hands and hearts have seen, heard, created and felt it. There’s only one who sings to me, and in the face of the unknown, I watch him lose the language of the soul. The pain and loss for Phil is so great, I have no way to bring the symphony back into his being, as he has done for me so many times.

Within me for now, for always…The Song Remains the Same.

When I reviewed Over the Hills and Far Away, I saw something in Kenna which spoke to me, made me think of Diana Gabaldon's Brianna Randall Fraser MacKenzie, daughter of Claire and Jamie Fraser. Her strength of character, her convictions, her stubbornness, her appearance, all of those things reminded me of Bree. I mentioned then that I'd always loved Bree, but that I knew many devoted readers had issues with her - she wasn't 'enough' for them. By the time I'd read only 25% of The Song Remains the Same, I was struck by how easily this story could be mistaken for a (well-executed) fanfiction from a Gabaldon devotee who'd wanted a better version of Bree. What I knew that most people don't, (because I'd asked her about it when the blog reviewed book 1), is that Kelli had never read Outlander or any of its sequels before she wrote this series. That she captured so much of the same essence, not just of Bree, but of the love between her and Roger, their own epic story within Gabaldon's cannon, is uncanny.

Maybe it's my own love of epic tales, of the saga in its best form, that has me seeing a parallel to Gabaldon. Or maybe it's just that Kelli is also a truly talented writer. No, this series is not a sci-fi/romance/fantasy/historical hybrid. It is contemporary (though, as you will see in The Song Remains the Same, maybe not quite so much as you are lead to believe for much of the series), it does not involve wars or time travel, it focuses on the music business, and it is more overtly sexual. But you would expect that of a rock star story. What you would be surprised to find is that Kelli brings a depth to that genre few can truly claim. The only music-focused story I've read that digs so deep is Laurie Breton's Coming Home (and the subsequent Danny/Casey/Rob-focused books in her Jackson Falls series), but you won't find the same immersion in the rock star life (including the level of debauchery). I think that's maybe a reflection of the writer's generation more than anything. If you can stomach the sex, drugs, and language, like contemporary stories, and are a fan of either Gabaldon or Breton (or both, like me) and their storytelling, you will enjoy this series.

Be prepared for tears. Many of them. Even ones when you wouldn't expect to cry. Also expect smiles and laughs. This is an epic conclusion to the saga, after all.

In the end, I changed my mind a bit. When I read Over the Hills and Far Away, I wanted a crazy series of stories to explore all the secondary characters. And while I wouldn't mind a love story for Brian or Devon to come along at some point, I won't be as disappointed as I thought I would be in the beginning if the series does not continue. One of the best parts of this series, and why I think it's more a saga than just an epic love story about soulmates, is that this is also the story of the band. Each member gets their own side story, and we live that through the eyes of Kenna and Phil, who are childhood friends of the secondary characters. There is enough detail in this series that I don't desperately need to hear more about Lili and Lewis, Alys and X (and Connor), Jason and Sher Bear. Their stories conclude enough that you will not feel as if you're left hanging.

But if Kelli wrote those stories, I would read them. I can't wait to read whatever she writes next. I know it will be amazing. What a privilege to have jumped on this ride at the beginning.

Here's the Goodreads link to my review of No Quarter, since I didn't do so in a timely fashion (sorry, Kelli! Crazy life and all that.) 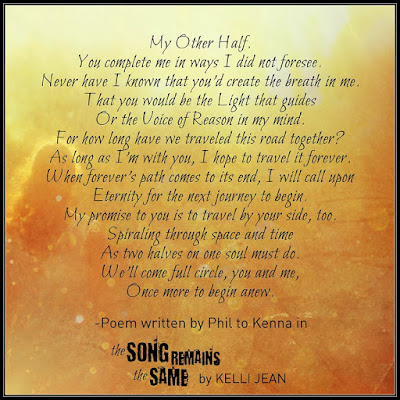 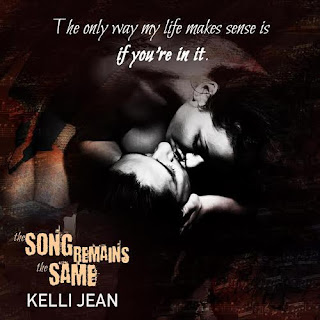 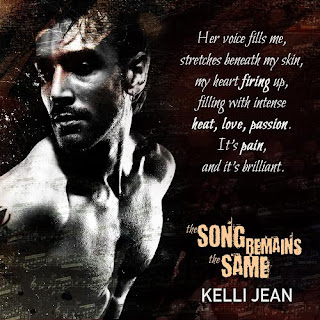 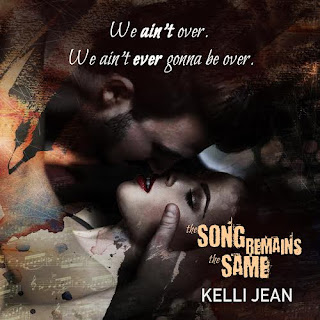 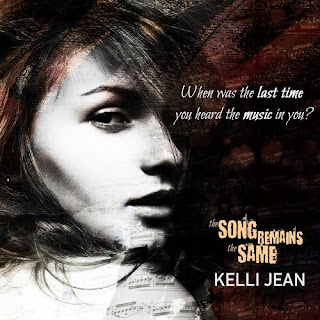 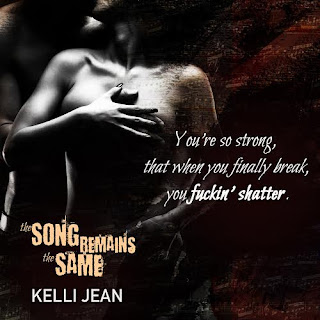 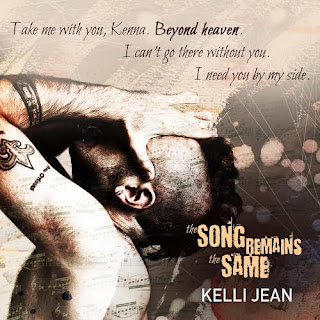 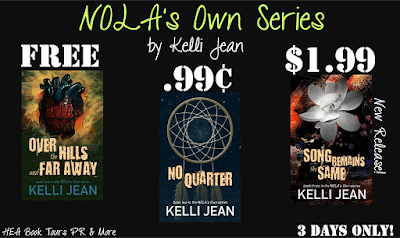 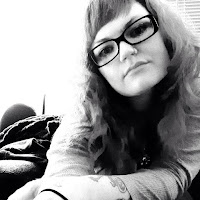 Born and raised in Miami, Kelli Jean traded the tropical heat for the arctic. Now she deals with twenty-four hour daylight in the summer, zero sunlight in the winter, and believes the Northern Lights make up for the mind-boggling amount of ice and snow she has to put up with for seven months out of the year. She’s surrounded by mountains and ocean and sheep, and claims her bizarre sense of humor is what keeps her sane. The insane don’t know they’re insane. Kelli uses her imagination to create worlds she can escape to from the mundane tasks of everyday life, such as washing the damn dishes and vacuuming up Legos off the floor—and don’t get her started on the mad amount of cat hair on the end of the couch. She gave up on that a long time ago. When the household goes to sleep at night, she writes down everything that happened in her head while doing such tedious chores. But she enjoys living in her own head, so that’s pretty cool. Technology terrifies her. She can barely turn on a computer, and was completely shocked when she’d actually written a book on one. To this day, she has no explanation for this baffling mystery. It took her three years to realize she can take screen shots of messages and pictures of bearded, tattooed men with her phone. Now that she’s mastered this task, her phone is slowly dying, and she’s nervous that she’s going to have to buy a new one and it will take her another three years to learn how to use it.

This tour is brought to you by: