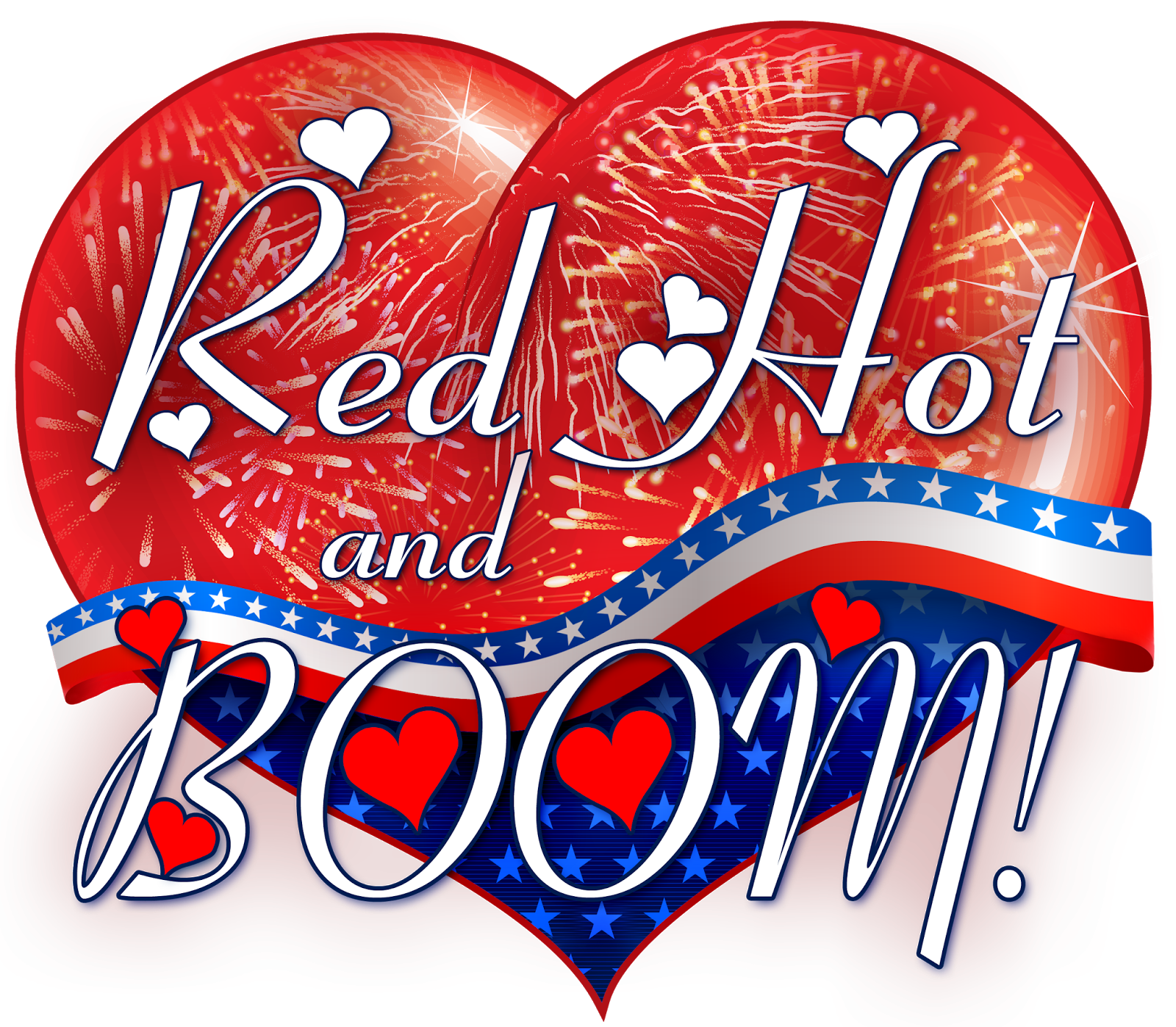 On June 1st, 16 authors released 15 stories called the Red Hot and BOOM series. They have a common theme—the Fourth of July—and are only 99 cents each. To search for them on Amazon, just put Red Hot and BOOM in the search area. Hopefully all fifteen stories will show up in your search results!

All Hat No Cattle
Randi Alexander

Deep in cowboy country for a rodeo, Harper Johansen is looking for a cowboy of her own, but roughneck Shaw Donahue needs to convince her to value a man for more than his cattle.

Mason Parker is shipping out for a year, and can’t leave without letting Cassie Summers’ know how he feels. Fireworks erupt when the two friends decide to take their chances on love.

Orgasms. Essential. Necessary. Lacy has never had one. Is she frigid? Maybe she needs a new man. This July 4th, Jake intends to give Lacy hotter fireworks in bed than those lighting up the night.

Julia has been picked to receive a Candy Man Delivery. Excited and apprehensive, she must choose between her devotion to her late husband and a future with a Greek god.

To hook a bad boy, sometimes a girl’s got to play dirty. When it comes to Ash Bodry, Lexie Winters will do whatever it takes: shedding her good girl status, her inhibitions, and her panties.

When Chad Bailey and Brody Hunter promise Dani DeLuca, a/k/a Firecracker a hot Fourth of July, none of them was prepared for the explosion when they hit the sheets.

When producer Hayley Monroe gets the job of a lifetime in finding MMA ‘Next Great Hope’, Evan Bates gives her more than she bargained for both in and out of the Octagon.

One, plus size, extra sassy journalist, plus one, muscled up, super sexy ex-Marine, equals more stars and sparks than a single small town can handle.

Fast life, fast lane, that’s what Anna’s grown accustom to while living in New York. Returning home has made it clear she needs to slow down and enjoy the one man she’s always wanted, Jackson Storme.

Betsy Flynn ran away to the city to avoid the boy who broke her heart, now JT Long has one last rodeo to bring his country girl home.

When professional hockey player Mikael meets USA Olympic goaltender Terri, both her beauty and skill attract him. But Terri might have to leave town to keep playing and their blossoming love put on ice.

I Do is the easy part. Happily ever after? Not so much. Over the Fourth of July weekend, Evan vows he'll reignite his wife, Annie's passion with his own brand of fireworks.

Offered up as payment for a family debt, Ardy finds herself thrust into a world of danger. Demon, The president of the Dueling Devils M.C. wanted a nanny, but found much more than he anticipated.

While deployed, his mission classified, the heartfelt letters Maximus writes are the only bits of communication Liberty receives while he is away. His letters are a constant reminder of why he chooses to fight: For Liberty.

Email ThisBlogThis!Share to TwitterShare to FacebookShare to Pinterest
Labels: Blitz, Other Authors