This Year's Love SYNOPSIS and TEASER

I thought I'd get you all excited for the next book in the Ward Sisters Series. Current planned publication date is June 23/24. Here's the synopsis and a teaser for Book #4, This Year's Love. The teaser appears at the end of Right Here Waiting, and shows when Annie met Josh. 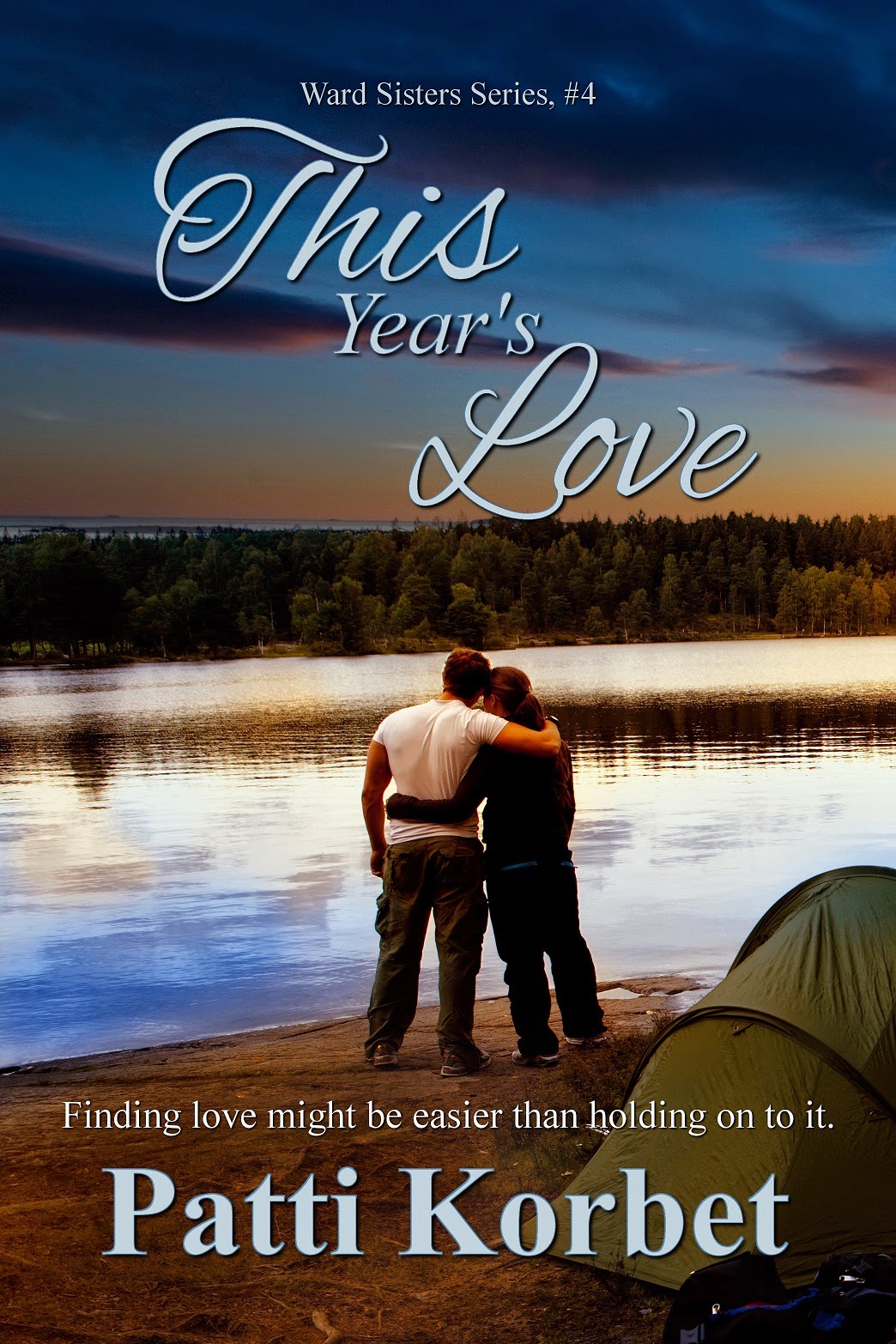 What if getting all you'd ever wanted...

Oncology nurse Annie Ward has spent her whole life competing with her older sister, Emily, in every single thing, especially when it came to their parents' affection. The ultimate insult came when her mother overlooked the fact that Annie was instantly attracted to handsome, beefy Josh Ricker from the moment she met him, and instead, pushed the man toward an uninterested Emily.
For over five years, Annie sat and watched her sister barely appreciate Josh while she listened to Emily's complaints. Left to the sidelines, her only option was to become best friends with the man of her dreams, hoping the tide would turn in her favor someday.
That day came when Emily, who was fed up with marriage pressure from her mother, finally pulled the plug on her relationship with Josh and promptly met the man of her dreams. Annie offered Josh a shoulder to cry on, and the two of them realized there was already a lot more than friendship between them.

...didn't turn out how you had expected?

But when you're in love with your sister's ex, the road to happiness is never smooth, even when he loves you back. Before they can get their happily ever after, Annie and Josh will have to contend with anger, resentment, accusations and secrets. And that's from the people who believe the best of their situation. Never mind the naysayers who believe the worst.


When a family crisis brings a familiar face back to Annie's orbit and wedding planning dredges up a past Josh would rather forget, the challenges get bigger and bigger. Will their love survive the pressure and last a lifetime? Finding love after five years might just be the easiest part.

Annie still had a year of undergraduate left, but at only one year older, Emily was done with her first degree. From the moment Emily had said she wanted to go to art school, her mother had complained. If Emily wasn't going to choose a real career, if she planned to attend college to meet boys and get on the mommy track, then what was the point of paying for an expensive school?
It made Annie glad she had always wanted to be a nurse. There was no question as to whether or not her mother thought it was a real career and so she never dealt with those comments. Nonetheless, like both her sisters, she stuck close to home for undergraduate and went to UMaine. As such, she was around to help when it was time for Emily to move into her new apartment for graduate school.
It was like any other moving excursion in their family, her father doing all the hard work while her mother directed the operation. They were debating who was going to help dad carry the heavy recliner up the stairs when her mother grinned and said, “Hold that thought.”
Moments later, Gail returned with a strapping guy, tall – maybe 6'2" or 6'3" – very fit and muscular but like it was naturally earned, broad chested, tanned, sun-kissed blond hair on the wrong side of a haircut and wearing camouflage cutoffs and a silly beer t-shirt. He almost looked like a beach bum.
Almost.
His eyes were a striking shade of blue, just a hint of gray in them, not enough to make them steely. He looked too kind and gentle for that. Despite his size, he didn't seem the least bit intimidating. He was the most beautiful man Annie had ever seen, and for the first time since she'd said goodbye to Jesse, she was instantly attracted.
“Girls, this is Josh. He's offered to help daddy bring the recliner upstairs. Josh, this is my daughter, Emily. She's the one moving into the apartment.”
Emily looked blasé. “Hello,” she managed. Taking a page from the Gail Ward School of Etiquette, she was polite but uninterested.
“We should get to this, Mom. There's a lot left and I have classes starting on Monday.”
“Of course, darling. Josh, this is my husband, Tom,” she gestured to Annie's father as he strolled toward them. “He'll tell you what he needs for assistance. Okay, girls, let's get back to it.”
Emily had already grabbed a box and gone back inside.
Before Annie walked away, she smiled and stuck out her hand.
“I'm Annie,” she said. “Thanks for helping.” If her sister couldn't be grateful, Annie would. She desperately wanted to get to know him.
Josh smiled back. “It's no problem. I'm happy to help.”
Gail grew impatient. “Anne, grab a box, let's go. I'm sure your father and Josh can handle the chair on their own.”
Annie rolled her eyes, smiled at Josh again, grabbed a box and headed into the apartment.
As she approached her mother, Gail said, “Isn't he handsome?”
Annie had to agree. She thought he was gorgeous.
“He's very attractive.”
“Don't you think he and Emily would make a lovely couple?”
What? You mean the girl who didn't give him the time of day, despite the fact that the guy was helping her move into her apartment and didn't even know her?
“She didn't seem to notice him much, Mom.”
Gail wouldn't be deterred. “Nonsense. She's just distracted about the move and school. I'm sure she'll notice him more later. Come on, let's get this stuff into the kitchen so we can unpack it.”
Annie just shook her head. Leave it to her mother to be oblivious to her oldest daughter's interests. Gail had never seen eye to eye with Emily on anything.
It turned out that Josh helped Tom move all of Emily's furniture into her new apartment, which was far and above the request Gail had made. As such, she felt obligated to invite him to dinner with them.
Josh was busy – much to Annie's dismay – but he thanked them for the offer. Gail suggested he look up Emily some other time, and her older sister nonchalantly agreed.
That was the end of that, hopefully, Annie thought.


And since Josh was also a student at UMaine in the same year as Annie, she hoped to run into him on campus sometime, away from her sister, away from her family, and maybe, just maybe, she could catc
Posted by Patti Korbet at 3:39 PM