*NOTE: Check out the Rafflecopter after my review!*

Amazon/Goodreads rating: 5 out of 5 stars

In Patti's Imagination rating: 10 out of 10 stars 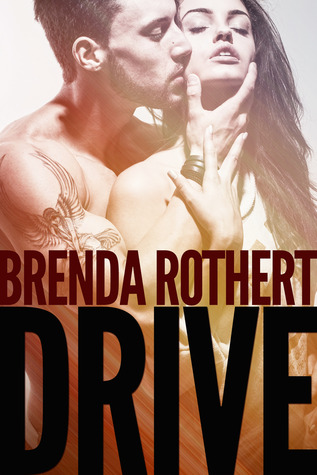 What can I say? Once again, Brenda has knocked it out of the park! I love hockey and her hockey romances always score big with me. I can't help it; I'm automatically inclined to give a Brenda Rothert story a minimum of 3 stars because I love her writing, and the FIRE ON ICE series is always hot, emotional and a page-turner. We started with Ryke (Bound, Captive), who was all sorts of wonderful and delicious. His love story with Kate was one of my favorites and he was a top book boyfriend. But then I met Luke Hudson (Edge), who easily usurped Ryke for hottest hockey player. Niko falls in between. I think he wins pitted against Ryke, but Luke is still my favorite. That doesn't mean I liked Niko's story less than Luke's. No, that's not true at all.

Niko is a sexy, Russian immigrant who meets Sadie at the wedding of Luke and Dell. She falls for his smoldering look, his accent and his charm straight away. That is, until she finds out that Niko is one of Ryke and Luke's hockey friends and was basically just trying to get in her pants. Yeah, she's not his fan after that, and who could blame her?

Flash forward a few months, and these two keep running into one another when Niko's career dreams are coming true with a call up to the majors to play for the same team as Ryke and Luke. He's drawn to Sadie like no one else, and despite his knowledge that she could be a real distraction to his career goals, he can't help but want to be around her. His need to provide for his family wars with his attraction to the smart, spunky, sarcastic brunette.

Sadie has her own issues. She's an orphan and has some pretty serious emotional baggage related to that. Did I mention that she's a serial dater and swears off men for sixty days as a journalism assignment right about the time she starts seeing Niko's true self shine through? Rock, meet hard place. It only gets crazier for both of them as time moves forward.

Honestly, I loved every bit of this story, but Niko the dirty boy was a huge plus. Every time I read a Brenda Rothert book, I think we channel a lot of the same wavelengths (and that is NOT a bad thing in my opinion!) Niko was no exception to that. I'm looking forward to Orion's book and as I mentioned to Brenda the other day, if not with Orion, I'd really love to see a story for Lauren the Puck Slut. You know she's not just that and has a story to tell. When you want more from an author and a series, there is no doubt that it's great. Easily another 5-star read!

a Rafflecopter giveaway
Posted by Patti Korbet at 12:00 AM