It is said that the course of true love never runs smooth - even for us men. Yet it has never been easier to find love than in this modern digital era where the mighty computer has all but rendered Cupid redundant. Love is now to be found, quite literally, at your fingertips. Although love also seems to have changed with the times. This new love is deceitful and manipulative, cunning and untrustworthy. Love has gotten ugly. Thankfully, not all the answers to life’s mysteries are to be found in the computer and Cupid - battered and bruised as he may be - proves that he still has some game and a few tricks up his sleeve… 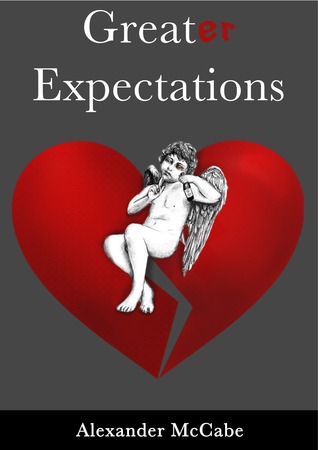 [Connie]
Amazon/Goodreads rating: 5/5
In Patti's Imagination rating: 10/10
This book is about a man who lives in London and drives a truck. When we first meet "Z" he has just gotten word that his wife wants a divorce. She believes that he will always be a truck driver and will never amount to anything. He actually has a law degree. Some friends of his decide that he should join some Internet dating sites, and that is really where all the fun begins. Some of the things that happen to him are laugh out loud funny. With a co-worker he goes to Scotland to stay at a lodge. There he meets Penny and they become friends. Penny gets him to try some of the Internet dating sites and report back to her what happens. I was gifted this book for a fair and honest review.

When first I met my now estranged wife during our Master’s year at university, I was seeing someone else too. In the main, this defines me as a “bastard”, although I preferred to think of myself as a “player”. Indeed I would argue that it falls under the guise of “sowing wild oats”. That’s the phrase that makes the practice somehow acceptable, and mothers the world over tell their sons that this is what they need to do before they settle down. The rite of passage into manhood as it were. At least, it’s what my mother told me. Women may argue this point - sorry, women will argue this point - but then they become mothers.

Naturally, they just don’t want those “wild oats” sown with their own daughters.

However, it is a fallacy to think that we men are completely heartless. I realised that I actually liked the girl that I eventually married so quickly ended all contact with the third party. In actual fact, she was a girl that I had been seeing first but only by a matter of a few weeks. I got the usual tirade of “bastard” texts, emails, and drunken voicemails. “I thought you were different” being the obligatory phrase that she just had to use during every one of these “opportunities”. In one particular instance, during which she also branded me a “coward”, I foolishly responded. I explained to her that I was merely being cruel to be kind as it was blatantly obvious to me that there we had no future together. Furthermore, after everything that had been said and done – more on her part now than mine - she would surely realise and accept that there was no going back as any trust and respect that had been built was now completely shattered.

I got the following reply:

“See, I knew you were different. That was lovely, you thinking of me and my feelings and us and our future. Why can’t we make this work? We can, you just have to trust yourself to trust me. Call me.”

It took another six weeks of ignoring and blocking her before she finally gave up. We had only been dating, if it could ever have been called that, for three weeks.

It takes true courage and bravery to finish any relationship. As my marital separation was only a week old, I understood that there may be some element of hope that we could fix it and move on. Yet I knew there was no way I could, or would, allow myself to stoop to such a level of indignity. My sense of pride has taken a pounding and is undoubtedly battered and bruised, but it is still there, standing tall and intact, however weakly. It is also getting stronger with every passing day.

All thanks to “Hope”.

“Hope” is a very strange feeling that displaces others such as “confidence”, “faith”, and “trust” and one that I have naturally gravitated towards my entire life. We are old friends, hope and I. Never have I dared to have “confidence” in my academic or sporting abilities, rather I always “hoped” that I would perform at my best as necessitated in any particular circumstance. When things had gone better than I had even dared “hope”, then I defaulted to the notion that is was merely my “good luck”, and vice versa. “Luck” has always provided me an excuse for all of life’s highs and lows and everything in between. Now I wanted to change all that. Now I wanted to control my existence.

Now I wanted to stir the stagnant pool that is my life proactively to feel like I am living again.

So that may well explain why I am now sat in only my boxer shorts in front of my computer, as the rain batters the window behind my curtains, and trying to focus on completing an online dating profile that includes a “personal statement” section. Apparently, its purpose is to allow me to describe myself in as broadly generic terms as possible in order to seem “normal” and “average” - and so maximising my appeal - whilst also trying to ensure that I am unique enough as to stand out. The logic of the concept is irrefutable and yet fantastically ridiculous.

It is also proving so challenging to the point of being quite impossible.

As a truck driver, I work most weekends and so this job commitment removes the more conventional ways of meeting women. Using a dating site makes far more sense in this new age of technology as it allows for an immediate connection without the need to wait for the weekend, or the demand of a decent chat up line. It cuts to the chase, so to speak. The site has posted a statistic that states over 28% of couples now “meet” online, so I am still happily in the minority. However, it is utterly galling to me that I should ever try to be “normal” or “average” to anyone as I have never considered myself as such.

It seems to me to be morally fraudulent.

Online dating. It really is quite an absurd concept yet totally in concert with the modern era where people are too busy with work and life to take the time and make the effort for actually dating. Yet where is the romance of it? You will never hear a love song that refers to such sites. Can you imagine Rod Stewart singing “The Algorithm of my Heart”, or some such like?

After graduating with a couple of useless degrees in law, I left my Scottish homeland and wandered nomadically around the globe to experience the rich diversity of culture that the world has to offer.
On my travels, I met my Canadian wife in New Zealand, we were married in Scotland and now live in Canada with our newborn son. Although we currently call Toronto home, this is not yet a permanent arrangement and, rather alarmingly, we are perfectly happy about that…