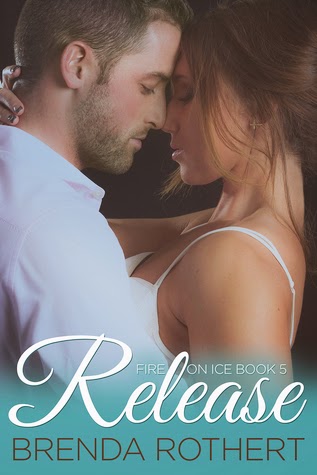 I've loved every book in this series, and as I've said before, I can't imagine a Brenda Rothert book that would get less than 3 stars from me. Her writing always captures my interest. In the case of Orion and Samara, I absolutely enjoyed them as characters at least as much as Niko and Sadie, and almost as much as Ryke and Kate. I still love Dell and Luke the most. One of the best things about Orion and Samara was that they were not a typical hockey couple - a hallmark of the series, maybe - but theirs was a different dynamic than you might have predicted.

Let's start with Orion, who is almost everything opposite of what you'd expect in a hockey player in a novel. I LOVE that! Mostly because, while I knew a lot of hockey players who were just that - players - I also knew a few who had long-term girlfriends and wanted to focus on the game, not the play. That he's also smokin' hot in the bedroom is a bonus. Don't get me started on his selflessness. I'm thrilled that he'll surely be appearing in the spinoff series.

Samara had issues - lots of them - and though she began as a weak female, she grew so much over the course of the story. Her confidence increased, not so much because Orion loved her, but because she learned how to love herself. This is pretty much the only way I can forgive a weak female character, if she's going to find her spine (I like it best when she does it on her own). Bravo, Brenda, for the execution there.

The love story between these two was hot and sweet, fun and frisky. Above all, it felt real. I'm sad to see the series end, because it's a favorite. I'll continue to recommend it to others. If you haven't read the series, start with Bound and plan to read the rest (Captive, Edge, Drive, Release) until you're done with them all. A great wrap-up, and it left plenty of room for the spinoff. Excellent job, Brenda! I can't wait for Killian (coming soon!)