What happens when circumstances of life threaten the one thing both Jackson and Kennedy love? Saving Steele from himself may prove to be too much for Cross to bear.

THE ROCK FALLS SERIES IS BACK!!
The 5th installment, SAVING STEELE, is now available for purchase! 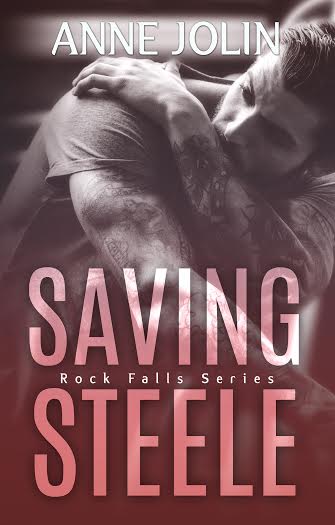 
Kennedy Cross had her heart broken early in life. It wasn't someone or something who betrayed her—it was her own body. Despite it being all she’s ever wanted, Kennedy will never know what it feels like to feel her baby’s feet kick from the inside out. Having been pronounced infertile at only eighteen, she redirected her life the best way she could.

Eight years and a degree later, Kennedy is one of the most well-loved first-grade teachers at Rock Falls Elementary School. It doesn’t matter that her college boyfriend left her because he wanted children of his own. She has twenty-two of the most gorgeous six-year-olds who adore her and she wouldn’t have it any other way.

Jackson Steele deals only in extremes. He falls victim to manic episodes lasting for days, sometimes weeks at a time, sending him reeling from volatile highs to devastating lows. It’s a living hell just being inside his own mind, and that hell has taken everything he’s ever loved away from him. But what if, this time, it gives him something? An untimely gift from God and a brunette with legs eight miles long will bring him the most unforeseen joy but also his most challenging of tests.

What happens when circumstances of life threaten the one thing both Jackson and Kennedy love? Saving Steele from himself may prove to be too much for Cross to bear.

Somehow, I managed to skip book four in this series, so I should remedy that. When I went back to read my reviews for the rest of the series, one of the first things I thought at the end of Chasing Rhodes was that I wanted Jackson to have his HEA. I'm thrilled that it happened. There are so many things I loved about this book, and it's hard to know where to start (or stop!) I'm afraid I'll spoil all the wonder and magic.

For one, it was an ideal choice to begin the story with Ryker. There are too many reasons why that is so, but it set the stage perfectly on multiple levels. For another, the chemistry between Jackson and Kennedy automatically pulled him away from his previous role as Hannah's sad ex, and transformed him into the male lead he was meant to be. After this, I guess I understand why Hannah left, but damn, I'm with Kennedy, I'd have stayed. Jackson pushes all the right buttons for me. If he'd been ex-military, I might have swooned a little too much. (Of course, it doesn't hurt that there were no references to him resembling some actor who doesn't float my boat. *wink*)

When two characters are written well, and they seem so right together, it's hard not to love them and their story (I say something like this every time I review a book with great characters). In this case, I couldn't have asked for a better resolution to Jackson's tale that began with his role in Hannah's life. Add to that my love of this series, the fact that Kennedy, like Lennon, was such a likable female lead, and the lack of 'breaking the fourth wall' here, well, this was an absolute winner. Because I had an ARC, I refuse to take any points away (even on my IPI rating) for any imperfections in the editing. I can see additional progression in Anne Jolin's writing, and I am definitely on board to read lots more.

Now, Ms. Jolin, can you promise me you're writing a story for Colton? Because I really want him to be next. 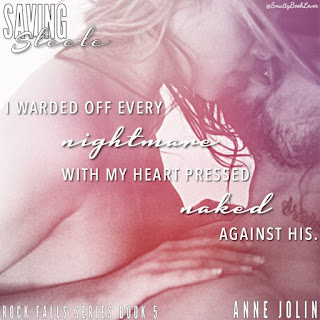 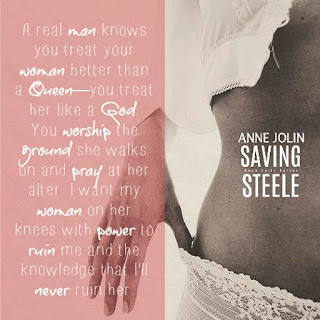 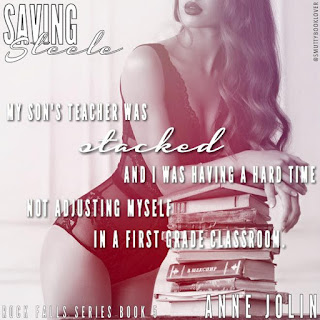 I’d totally become a yes girl where hot guy, dad to mini hot guy, Jackson Steele was concerned.
So that brings me to now, turning off my ignition and willing my body to move from the safety of my driver’s seat and up to his front door.

It’s okay though. I’ve come prepared. I’d written a list of things not to do when I arrived at the house on a yellow Post-it note.

1. Don’t hyperventilate
2. Don’t sweat
3. Don’t touch him
4. Don’t say the word “penis” or any of its synonyms or any parts of the male anatomy in general
5. Don’t drool

Putting force behind the fist I’d raised to knock on the door I immediately begin to fall forward as the offending panel of wood swings inward and I face plant directly into a hard male chest.
Rats! There goes rule number three and quickly too.

Mmm. But he sure smells nice.

“Easy, babe,” his voice is a deep manly chuckle, large hands settling on my waist.

I feel that “babe,” that chuckle and that contact in all the right places, even a tingle or two in some wrong ones if I’m being honest.

Considering I’m relatively close to the brink of insanity this morning, it isn’t all that surprising that in that second, instead of pulling away, I take the opportunity to tilt my head back and look at him, really look at him, for the second time since we’d met.

Should have added a sixth rule. Don’t look at him either. 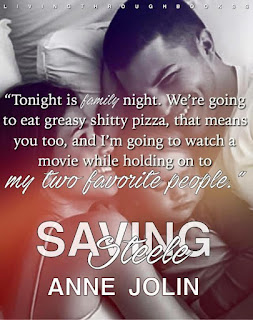 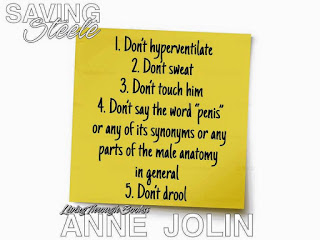 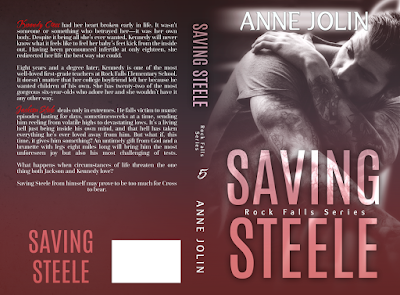 Hey y’all,
I was born and raised in Ladner, a small farm town just outside Vancouver, Canada. I grew up riding horses, shooting guns, and driving in trucks.

I never expected to be an author. A massage therapist? Yes. Take over the family construction company? Yes. But an author? No. Writing was something that snuck up on me and rooted itself into my life. It was beautiful to discover that love, and I’m truly grateful to say I’ve found my passion.

Since I’ve always been a creative person, it feels amazing to harness all of that energy and use it to tell a story I love. I enjoy incorporating bits of my real life into the stories I write. What parts are true? Hah. I’ll never tell—what would be the fun in that?

If I could leave y’all with one thing, it’s that life’s far too short to not live it out loud. Drown in your passions, hold on tight to the things that inspire you, and chase your dreams relentlessly. I can promise you without a doubt that you won’t regret it. I know I don’t.

Enter to WIN a $25 Amazon Gift Card or a SIGNED PAPERBACK of Saving Steele by Anne Jolin!
a Rafflecopter giveaway