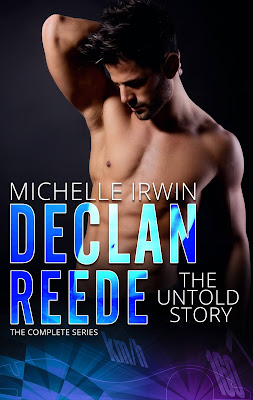 Experience Declan’s complete story. Includes all four novels, the RONE-nominated novella “Decide” and an exclusive bonus novella “Decode”. As high school sweethearts, Declan Reede and Alyssa Dawson didn’t always see eye-to-eye. Especially when it came to his dream of being a driver in the ProV8 series. When he’s offered the chance at the career of his dreams, Declan straps himself in for the ride regardless of the cost. Older, but not wiser, Declan is on the path to becoming a racing legend. Only, regret haunts him around the track and threatens to send him off-course. When a chance encounter offers the opportunity to correct his mistakes, Declan must learn to manage the curves if he wants to claim the ultimate prize. **Due to strong language and sexual content not intended for anyone under the age of 18**

Declan Reede and Alyssa Dawson have been friends for so long before that fateful card game that began their dating relationship. That kiss launched them both into the world of teenage dating with its ups and downs and the “I can’t be away from you” feelings. Being teenagers they also don’t see eye to eye on his dream of being a driver in the ProV8 series. Alyssa feels Declan should go to college with her and put his race car dreams on hold but Declan feels he doesn’t need a backup plan for after racing. When he’s offered a chance at the career of his dreams, he straps himself in for the ride regardless of the costs.This series is one major ride. It is told completely from Declan’s point of view. I love how the author is able to write from his point of view as he grows from a teenage Australian boy to an adult on his way to becoming a racing legend. The series takes place in Australia and does use Australian dialect that has you feeling as if you are really there with the characters.There were so many times where I felt I was watching a train wreck about to happen and there was nothing I could do to stop it. I even was about to throw my kindle over events that needed to have been stopped but couldn’t. I also found myself at times wanting to strangle Declan for his childish and selfish actions yet at other times I totally agreed and with why he reacts the way he did.The author did such an amazing job with minor details and the twists and turns in the story may leave you with a bit of whiplash, but the author takes us around every corner smoother than any gps. Her ability to keep the details correct with all the turns in the story, with the mystery and suspense of the plot gives us very believable characters.This series is not a light read but it is very addicting. It is one of my favorite series and Declan is my number one race car driver. Every word is written with a purpose and seeing the characters grow along with the events taking place only adds depth to their personalities. So even though the plot has curves in the road sending the story in a direction I didn’t see coming, it kept me on my toes and turning the pages. I will be reading more from this author. 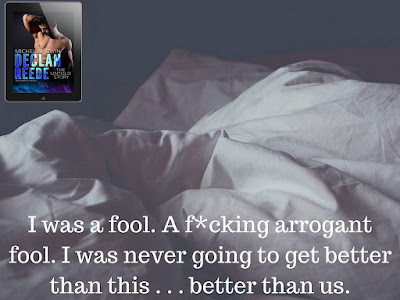 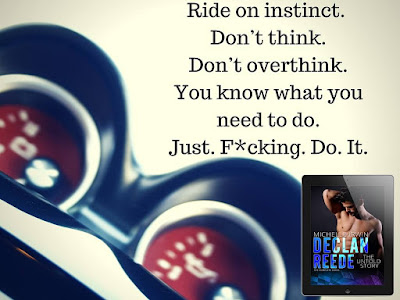 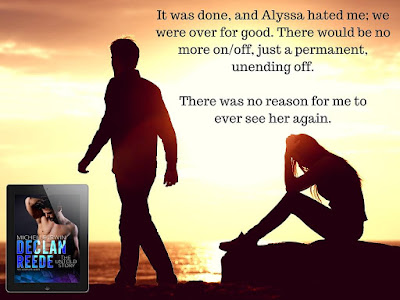 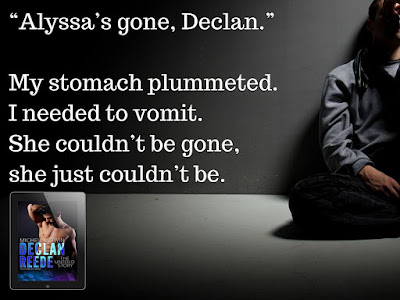 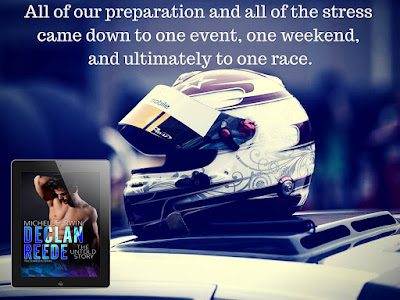 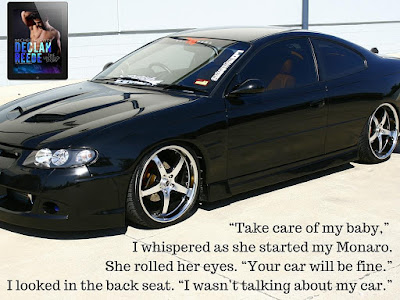 My list of things I needed to do before I left grew with every passing second. I realised I would definitely need my passport, so I’d have to hunt it down. The last time I’d used it was the team trip to Bahrain, but the trip back home had been a bit of a blur and I struggled to remember where I’d put my passport after that. I ran downstairs to check in the study, and saw my passport on the desk next to my old answering machine. The sight made me pause.
It was a relic of the days when I’d first moved to Sydney and was no longer used. It wasn’t even plugged in to the phone line anymore. All it was good for now was storage. With everything running circles through my head, it would be dangerous to listen to a single message, but I couldn’t help myself.
With a deep breath that hurt like a motherfucker, I steeled myself and pushed play.
“Hey, Dec. I hope you don’t mind your mum giving me this number, but I need to talk to you. Call me. Please?” Alyssa’s voice filled the room. Even though she started strong, her words were teary at the end, especially as she added her quiet plea. The recording wasn’t the first time she’d tried to call—I didn’t have those early ones. Instead, it was from after I’d first moved into something slightly more permanent than Morgan’s spare bedroom, a little over a month after I’d arrived in Sydney. I didn’t know why I kept it, but I just couldn’t bring myself to delete it.
I frowned as my finger hovered over the delete button. She’d moved on anyway, why should I keep her old messages? Before I had a chance to act, the next message started.
“Dec, please. I need you to call me.” Her tone was harsher, but still filled with sorrow and the weight of expectation. “What happened to you always being my friend? To you always having my back? I need—” The message cut off as I yanked the machine off the desk, pulling the plug on the power with the movement. With Alyssa’s tear-filled voice echoing in my ears, I hurled the answering machine across the room, turning away before it smashed against the wall. She’d moved on from that—moved on to smiles and races with another man.
“Fuck you, Alyssa,” I said to the empty house.
Maybe I didn’t have her to keep me company, but I had something better: I had my wet bar. Screw the doctors and their no alcohol with the pain medication rules.

Michelle Irwin has been many things in her life: a hobbit taking a precious item to a fiery mountain; a young child stepping through the back of a wardrobe into another land; the last human stranded not-quite-alone in space three million years in the future; a young girl willing to fight for the love of a vampire; and a time-travelling madman in a box. She achieved all of these feats and many more through her voracious reading habit. Eventually, so much reading had to have an effect and the cast of characters inside her mind took over and spilled out onto the page.

Michelle lives in sunny Queensland in the land down under with her surprisingly patient husband and ever-intriguing daughter, carving out precious moments of writing and reading time around her accounts-based day job. A lover of love and overcoming the odds, she primarily writes paranormal and fantasy romance.

Enter for a chance to win a free ebook copy of the box set.


Enter for a chance to win a $20 Amazon Gift Card