On the way to investigate a fugitive sighting, 21-year-old news intern Aubrey Kent is injured when an unexpected storm destroys the newscopter—along with the rest of the crew. Now, stranded in the Canadian wilderness and on the brink of death, Aubrey is rescued by a handsome stranger whose cold disposition is as frightening as the remote cabin in which he lives. With no way to reach civilization before spring, Aubrey becomes Jack Gordon’s unwanted roommate. Her hope for rescue is much more desperate when she sees his hostile attitude and violent behavior. Aubrey and Jack wait out the winter, they grow closer—their delicate friendship blooming into feelings neither of them could have anticipated. But the weather and the wolves aren’t the only dangers in the mountains. As Aubrey uncovers the reason for Jack’s self-imposed isolation, she realizes she’s closer to the story than she imagined—a story that might cost her life.

While this story was intriguing and suspenseful there were moments where the timeline seemed off. Aside from that the author did an excellent job of holding this reader's interests and the story was far from being predictable.  It was full of intense moments and some humorous moments that helped carry the story.  Aubrey is young, but had a dream of becoming a reporter.  The internship was her ticket in and almost her demise. An informant lured the team of reports to Canada with a scoop on the illusive hitman that everyone was looking for.  Everyone from the press and police to the mobsters want him. The only thing that interrupted Aubrey's career plans and the reporter and team's scoop was a sudden violent storm.  Aubrey awakes after the crash in a cabin in a remote forest cold and in pain with a mysterious good Samaritan.  She soon discovers that escaping can be deadly. Will Aubrey survive against the odds?This is the first time I have read this author, but it will not be my last.  I really found the plot twists unexpected,  The premise of the plot is exciting and the characters are complex. The book was exciting and mysterious filled. 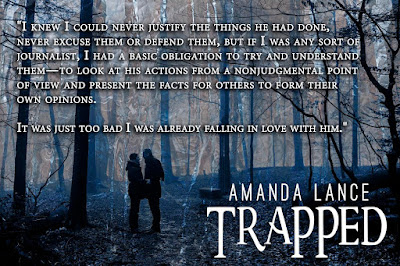 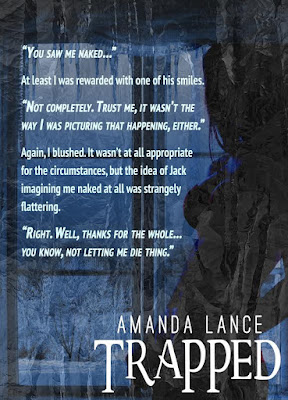 A native of New Jersey and lifelong nerd, Amanda Lance completed her Master in Liberal Arts at Thomas Edison State College after her BA in English Literature and AFA in creative writing. She currently resides in Easton Pennsylvania with her boyfriend and their spoiled dogs. She is a cliché booknerd who is terrible at math, clinically obsessive, and prone to addictive behavior. She may or may not be a recluse. 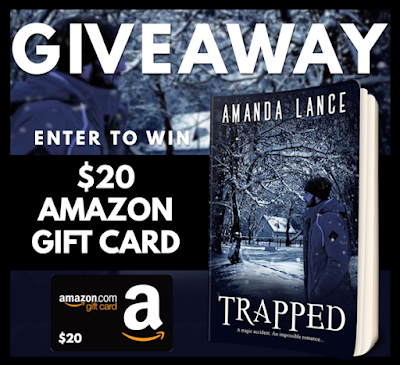