BLOG TOUR AND REVIEW of E.M. Rinaldi's Evading the Dark, The Cross Chronicles

High school sucks. It doesn’t matter who you ask; jock, cheerleader, computer nerd, or
band geek, they will all say the same thing: It’s a nightmare. But Casey is still wondering
how she got the short end of the stick. Just a Sophomore at the prestigious Luthos
Academy for Magical Beings, Casey already knows more about heartache and fear than
any almost-sixteen- year-old should. Orphaned and left to be raised by the Academy,
she spends her days training to become a Guardian, but that dream is looking dimmer
with every day that passes.Unlike the wand-waving heroines in all her favorite books,
Witches in her world don’t cast spells, they are born wielding the power of nature: water,
fire, earth, or air; powers Casey never developed. She’ll be lucky if they even allow her
to take her final exams.

She is top of her training class, but that doesn’t keep her from being looked down upon
by every other being at her school. All Casey wants is to be given a chance, instead she
finds the only life she’s ever known targeted by an unfathomable evil. Thrust into the
center of an age-old prophecy, a war is coming with Casey at the reins.

Will relying on her hard earned training be enough for her to make it out alive?

The book is funny, full of mystery and adventure.  The author has a talent for helping the readers get into the mind of the main character. She references iconic events and media which helped me relate to the characters. It is filled with old prophecies, private school problems, and mystery surrounding  violent deaths.  The book ends in a cliffhanger and  seems to be on a sixth grade level.   Strong female character, addresses bullying and good versus evil.  The book is from the point of view of sixteen year old, Casey, who is training to be a guardian witch.  She has had a hard time of it.  Her mom was killed, she is bullied by pretty much everyone and even teachers.  The high school is for paranormal children so their are references to witches, spells and shapeshifters and vampires.  Casey is a witch and her best friend is a handsome boy, Cedric. They have been friends since she arrived at age six. Will they become more?   Now not only does she have to navigate the dramas of high school she must find a place in this world.   Will she find her powers? If she does how will that change her world?   Will the students ever stop their bullying?  Her sixteenth birthday has been very eventful and I can’t wait to see what happens next.

All I knew was pain. It consumed me, its excruciating strength refusing to let my mind
focus on anything else. I struggled, an unwilling passenger of my own mind, as I felt
muscle being separated from bone and each individual tendon tear as they were twisted
in a direction they were not meant to go. I suffered the deep throb of a bone being
pulled from its natural joint. I wanted to give up and just let the agony overwhelm me
until it hurt too much to stay conscious. When my body could no longer take the torture,
I would be free.
But before I could give in, my attacker made a crucial mistake. As he made another tug
on my arm, a twinge shot through my shoulder forcing a strangled yelp from my mouth,
and he laughed. The bastard stood there—I bet with a damn smirk on his face—and
laughed.
Oh, hell no.
His laughter reached a part of me that I hadn’t noticed until that moment, a part of me
that was literally fighting to get out and kick this guy’s ass. Anger fueled the adrenaline
that now pumped through my body in full force. Muscles coiled and tensed in
preparation to fight. My foe felt my change in posture and went to tug on my arm again,
but I was already moving.
I let instinct guide my free hand right into his nose. The sickening crunch of breaking
cartilage filled the air, but I didn’t have time to enjoy the surprised look on his face
before my well-practiced side-kick sent him flying toward the back wall of the gym.
Reality came back to me slowly; I was still standing in a fighting stance, blood roaring in
my ears, heart pounding in my chest, as I became aware of the other students in our
training class. 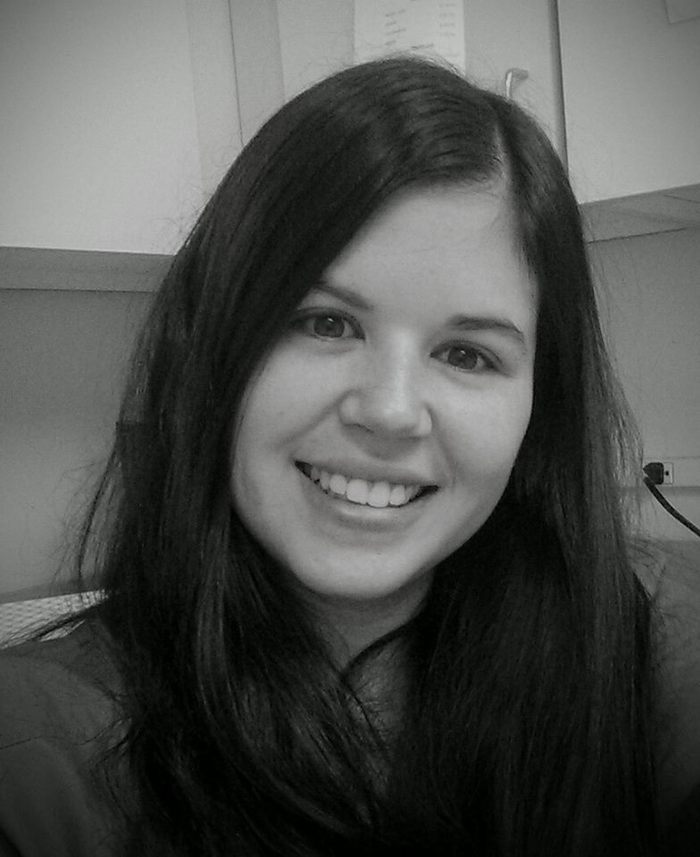 E.M. Rinaldi lives in Charlotte, North Carolina with her boyfriend, Milz, and their slightly
psychotic pup, Boone. By day she is a Registered Radiologic Technologist taking
pictures of mangled bones and by night she writes about all the bizarre situations her
characters get themselves into while she was away. She is a Second Degree Blackbelt
and can’t write a story without at least one fight scene in it.
When she’s not writing or trapped at work, E.M. likes to read (obsessively), clear her
DVR, and have all night Buffy marathons with her friends, complete with cookies and
cinnamon rolls.
Her love for writing stems from an early age where she would create stories on an old
computer program and force anyone within grabbing distance to read them. Not much
has changed; be warned: stay out of grabbing distance.
Evading The Dark is her debut novel and the first of The Cross Chronicles.