REVIEW IN THE VEIL OF SHADOWS Nadia Blake and Logan Keys 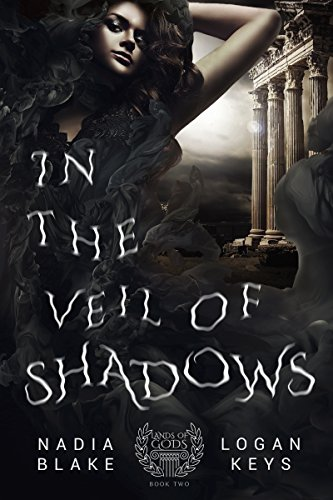 He claims the souls of the living for the Underworld... and she is next. Thanatos, God of the Dead,
meets his match in Warrior Princess Gaea, making him question his entire existence.

Warrior Princess Gaea seeks revenge against the King of the Gods, Zeus---a path that leads
her to the underworld and right into the arms of Death himself. Justice has nothing to do
with the battles waged beyond the veil and when she shows up naked in the Lands of Gods,
ready to make Zeus pay, Gaea's not given the ending that she deserves.

Thanatos, King of the Dead, has lived his life to serve those in the transition of passing.
A long and lonely existence consoling those who face eternal suffering or bliss.
But when he meets with the fiery and brazen Gaea, it makes him question his life
of solitude and the part he plays in human fate.

Together, these two will learn that love can break all boundaries---both mortal and immortal.
That it can conquer all...even death.

This story is for romance readers who love passion,
mythology, and magic in an optimal tale of opposites attracting.


In the Veil of Sorrow

This series is a wonderful story for readers who love romance and mythology.  This is the second book in the Land of the Gods series.  It is a book with action, revenge, injustice, strong female characters and exploring the mindset of immorals and death.  It was a fast read with that cant put it down feeling.  While this book and each book in the series can be read as a stand alone book, it is the continuity of each book in the series that has this world developing wonderfully.  The first story was about the star crossed lovers, Hades and Persephone, who are a big help in carrying on this story line.  The authors have a talent for getting into the mindset of these immortal beings and their interaction with humans.
In this tale revenge for an injustice most horrible, the strength of one extraordinary warrior, who confronts the gods who use humans as pawns, play things and pets.  It is because of this that Gaea, Warrior Princess, ends up in a new path. It is the gods who have a hard time understanding the filting life and passion of humans with their love for their family, kingdom and justice.   The story is filled with sadness and anger and devotion and change.  I am hoping that the continued series means more facets of this world are revealed.

Nadia Blake:
Nadia is a wanderer, lover of fantasy, romance, action, magic, and mystery. When she’s not writing, she’s casting spells on her husband and thinking up ways to bring more love and light to her family. The proud mother of two kids, she’s also the owner of a lovable dog and an ornery cat. If you like her stories, please feel free to visit her on Facebook where she hangs out sporadically or drop her an email. 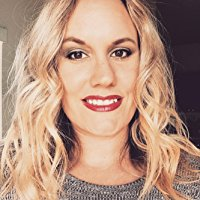 #1 bestselling horror author Logan Keys is currently working on both her new disaster post-apocalyptic series The Long Fall while also embarking on a romantic fantasy journey into Greek mythology. Sign up for her newsletter www.logansfiction.com click "VIP UPDATES" on the right-hand side of the page

Logan says she's not so much a writer as she is a soothsayer and preparer for those who are still blissfully unaware. Her stories aren’t dystopian but rather a warning for the next generation. When she’s not writing disasters, zombies, vampires, superheroes, and robots, she’s fighting against government over-reach and oligarchy using military tactics mixed with a little bit of poetry.

Logan’s currently stationed in Kansas with her husband, two kids, and furbaby while starting her voyage into fantasy, but she’s still “keeping it real” and writing futuristic sci-fi on the daily.

Saving imaginary planets one story at a time she says, “My words are my riot.”
Posted by Unknown at 9:20 PM