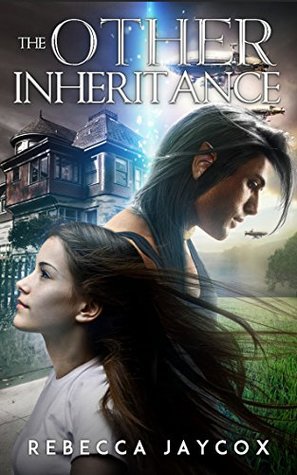 One girl. Two worlds. Hunted in both.

Seventeen-year-old Reggie Lang is used to dealing with her alcoholic mother and fighting school bullies, but fate has thrown her a curveball.

A biker dude shows up in her dreams, babbling about magic and a world called the Other. As the incidents keep piling up—like bringing a frog back to life in class—Reggie has to confront the mounting evidence that she’s not the normal girl she craves to be.

Reggie's life is changing, and she has no idea why. Or whether she should believe the man in her dreams, who claims she's in danger and that only he can keep her safe. But if there's one thing Reggie will learn, nowhere is safe.

Note: This book is recommended for readers aged 15 and above due to some mature content.

Amazon/Goodreads Rating: 4  out of 5
In Patti’s Imagination Rating:  8 out of 10

This fast paced, action packed story hooked me in from the start. The sixteen year old Reggie’s world is changing and I can only imagine it was blowing her mind.  Her best friend, John, is her rock.  He believes her crazy new revelations.  Reggie was a child who’s father passed away and her mother turned to the bottle to deal with the loss.  Reggie becomes the parent and seems to have this responsibility at home and bullies at school what could be worse than all that?  Well, Reggie starts to dream of a mysterious man who claims she is in danger and that he is sending a person to bring her to the Other.  The Other has magic and a terrantical leader obsessed with killing all who could jeopardize his cruel iron fist reign.  How can she believe in a dream?  Was she going crazy?

After accidentally touching a frog in biology class and being seen as it came back to life, she is branded a freak and her nemeses truly do not understand and try to beat her to a pulp.  If it wasn’t for Asher, her guide sent to get her from the Real to the Other, she would have been in dire straits.  Her and Asher travel with her best friend to a portal in the park that leads to the Other.  Only John  could not pass through and has to stay behind vowing to take care of Reggie’s mother.  Can Reggie and Asher make it through the wild and dangerous world of The Other to help her dream man overthrow the evil dictator?  Will the people left in the Real be safe?  The Other is filled with so many people who are not who seem to be.  The whole land is filled with wolves, elves, slaves, witches and other magical beings who now know she is there. Some think she is a savior and others think she will destroy them all.  Who is telling the truth?  Can this sixteen year old girl save both the Real and the Other worlds or will she destroy everyone?

The author has a very entertaining way of describing the scenery and the beings in both worlds.  Her third person point of view really helped with all the dramatic events and diverse characters in this story.  The strong female role and romance should appeal to strong readers and the action and strange situations should help the reluctant reader want to see what will happen next.  I know because the book ends in a cliffhanger and this reader can not wait to find out where the storyline will go.  There is a bit of vague moments that I am hoping will be explained in the next books in this series.  I also hope that more on the dynamics of the characters’ pasts will be revealed.

Suddenly, the air surrounding her began to ripple like the after-effects of a rock being thrown onto the smooth surface of a lake. A quiet buzzing started and grew with the intensity of a motorboat assaulting her ears. Reggie trembled as Rhys grabbed her, pulling her toward him slowly as if the ripples had current. His tall frame bent around her body, blocking her view and offering what protection he could as a wave of icy pain crashed into her. She screamed, and he shuddered.

“He’s here,” Rhys shouted in her ear. “He’s breached my defenses, you need to leave now! I’ll contact you again.”

Oh God, she hurt. She felt like shards of ice were being thrust into her skin. Blackness began to descend. “Wait!” she cried. “How will you contact me?” She needed Rhys. He was her only guide through this terrifying new world, and she battled to stay conscious.

“I’ll send someone from my world to you. Now wake up!”

Reggie clutched at him. “Promise? Promise!” 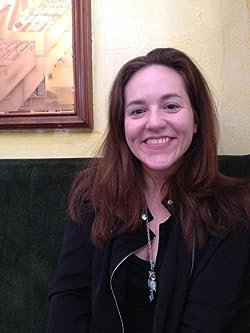 Rebecca Jaycox grew up in the tiny town of Berryman, which borders the Mark Twain National Forest and the Courtois River about 70 miles south of St. Louis. The beautiful landscape fed her imagination, and she began writing stories at age 10 and never stopped.
Rebecca now lives in New York City with her husband, Gregory, where she works as a freelance editor. She enjoys reading and writing fantasy, urban fantasy, steampunk, and science fiction. The Other Inheritance is her first novel.
Always seeking adventure, Rebecca moved to France after she graduated college with a journalism degree to teach English at a French high school. Bitten by the travel bug, she has recently visited Italy, Greece, Austria, Spain, and finally made it to her bucket-list destination of Istanbul.