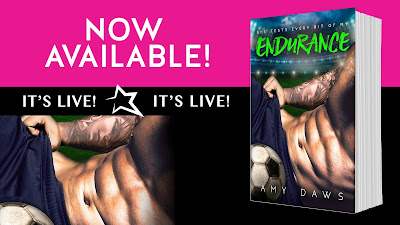 Endurance is NOW LIVE & Free on Kindle Unlimited!
**99cents for a limited time** 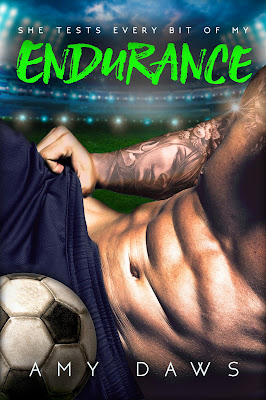 Tanner Harris has been busy shagging his way through the ladies of east London, but getting caught by the paparazzi buck-naked with his trouser snake in his hands means he’s sowed his last wild oat.
Dr. Belle Ryan once thought Tanner Harris was the perfect kind of bearded bad boy she needed to relieve a bit of stress after her intense job as a surgical fellow, but an icy cold rejection from London’s sluttiest footballer puts the two at each other’s throats.
Fate and a favour conspire to put Tanner and Belle back in each other’s paths and they’re forced to do a lot more than get along to save face and their careers.
Rage turns to passion and tempers run sizzling hot when they realise they aren’t just falling for each other—they’re jumping head first. And neither have the endurance to keep their hands to themselves.

This book is going to leave you with a major hangover.  The epilogue alone is epic.  It leaves you wanting to read more about even the supporting characters.  It is wonderful to have so many terrific well developed characters that are intertwined with plots in The London Lovers/Lost in London series as well.  While this book can be read as a stand alone, there are people and situations that are easier to understand by reading The London Lovers/Lost in London series as well as Camden’s story in Challenge.  Tanner Harris is also a character from prior storylines and his antics are not new to readers who have read the prior books.  He is a cocky footballer that loves shagging his way through the ladies of east London.  Until one night when he says the wrong thing and ends up left buck-naked on the streets of east London.  The chain of events that follow has the paparazzi catching his bare bum which just draws you into the story deeper.Dr. Bella Ryan is wild and crazy and loves her Tequila Sunrise moments.  She reasons that Tanner, who is the twin brother of her bff’s boyfriend, would be perfect to help her relieve some of the stress from her job.  To her shagrin, he turns her down and that is the start of their major love/hate relationship. Now fate has thrown them into a situation in which they need to play nice-nice to save their careers, but will they be able to survive each other to do it?   Right from the beginning, you will not be able to put  this book down as both Tanner and Bella reveal their secrets.  Things not disclosed before that help in understanding the baggage that makes them tick.  Their sharing brings out a bunch of different emotions.  There will be times you will find yourself screaming at one or the other of them when they say or do something stupid and other times swooning over what is taking place.  I am excited to read more of the Harris brothers in future books.  I am even more excited to find out more about another character that I can’t name so as to not spoil anything.  When you read this page turning beautifully written novel and the whole tantalizing series you will know who I mean, because this character has needed a book for awhile now.  This is one of those rare books that deserves so much more than just five stars.  It is just that good. 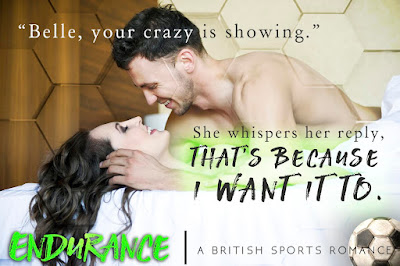 I cheers my beer with hers and chug the rest down. I drop the bottle and begin swirling Indie around in a childish spin that sends us both flying in different directions and crashing to the ground. Hot, sweaty hands wrap around me and pull me to my feet.
“Thank you, Good Samaritan,” I slur, turning to face my gallant saviour.
When my eyes glance up and focus, I’m stunned by the bearded vision before me. “You look like a guy I know!”
He clutches his hands firmly around my waist and holds me to him. “You look like a girl I want to know.”
I laugh half-heartedly and try to pull away.
“Are you trying to leave me, lass?” he slurs into my ear.
I frown and my head bobbles. “How could I leave you, Jesus? You’re God’s son…You’re everywhere.” I throw my hands out wide to punctuate my “everywhere” and attempt to stumble away.
He grabs me again, this time his hands dipping lower to my arse. My good mood evaporates instantly. “Hey!” I shout. “Watch your fucking hands!”
I attempt to shove him away, but he feels like one of those doors that you push when you’re supposed to pull. He doesn’t budge. He leans in close and whispers in my ear, “I’d like to put my hands on your tight little—”
Right when I’m about ready to punch the wank stain in his vile mouth, I nearly fall over as a strange momentum spins me away. The man’s hands are no longer groping me. They are now pinned deftly behind his back by no other than—
“Tanner?” I utter with a gasp, my hands covering my mouth at the shock of the scene before me.
“Shove the fuck off, you disgusting prat, before I turn your wrist into a pretzel.” Tanner pushes him into a nearby table, and the man almost topples over but catches himself before scurrying away without a look back.
Blue, angry eyes swerve to me. “Ryan,” Tanner growls, slicing a hand through his hair to get it off of his face. “I’ve texted you like twenty times.”
“I…I…I haven’t looked at my mobile in a while.”
“No fucking shit.” His bearded jaw is taut with anger. “I’m taking you home.”
He reaches out for my arm but I yank it away from him.
“No, you’re not.”
His shoulders rise and fall with a deep breath. “I’m taking you home. You’re completely pissed.”
My eyes narrow. “Of course I am. It’s Tequila Sunrise night.”
“I don’t give a fuck,” he snaps. “Let’s go.”
I shoot him a murderous look when a voice interrupts us. “I’ve got mine. You got yours?” I turn to see Camden holding a sleepy-looking Indie against his body.
Determination slices through Tanner’s voice. “I’ve got her.”
I turn to face him, stumbling a bit as I wag my finger in his face. “Hey, I am not yours!” Suddenly, Tanner bends over and I’m airborne for a second, landing heavily on top of his shoulder. “Are you fucking kidding me, Harris?” I begin pounding on his back but it’s to no avail. “I’m in a dress. My arse is hanging out for all of England!”
“Your arse was hanging out when you spread out on the floor a minute ago. I’m taking you home, Ryan. Even if you’re kicking and screaming.”
“You’re such an arrogant arsehole!” My hands stop their assault on Tanner’s backside in favour of covering my rump. This is mortifying. I hang my head and let my hair cover my face, praying like fuck I don’t see anyone I know. “I can’t believe this is happening.”
“Believe it, woman.” Tanner pauses at the door and turns his body so my head is facing a different direction. “Now, tell this nice man I’m not a rapist.”
A bouncer-looking bloke turns his head upside down to make eye contact with me. I mumble, “He’s not a rapist. Just a walking dead man.” I straighten a bit with my crescendoed scream. The bouncer lets out a hearty laugh that dumps hot coals into the pit of my belly. So not the reaction I was looking for.
He moves to let us pass and then Tanner drops me down in front of a cab. I ball up my fists and wallop him a few times. “I’m not a petulant child, you animal.”
He doesn’t even flinch.
I exhale in concession and fold myself in behind Indie and Camden. When we’re all in the cab and it begins moving, Tanner breaks the silence with a surprisingly jovial tone. “Well, did you all have a fun night?” 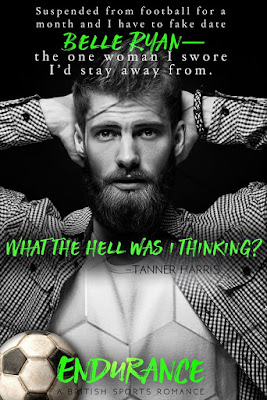 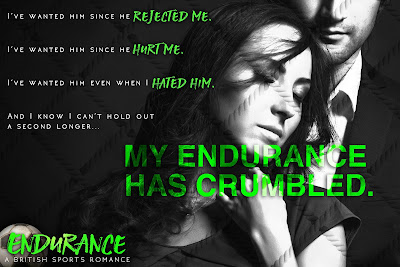 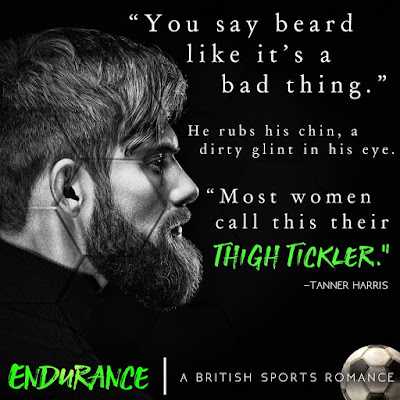 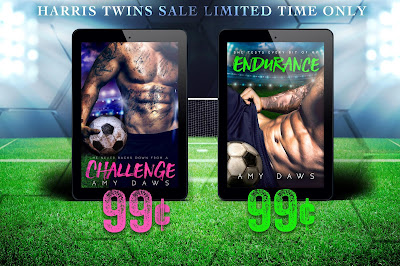 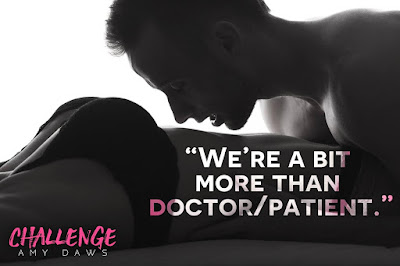 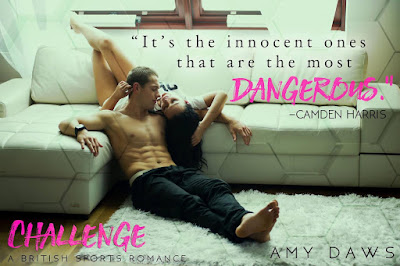 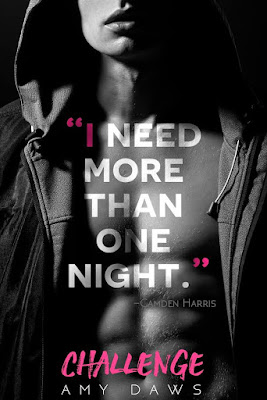 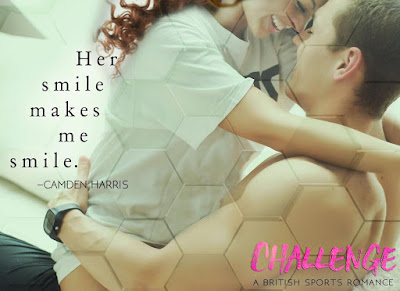 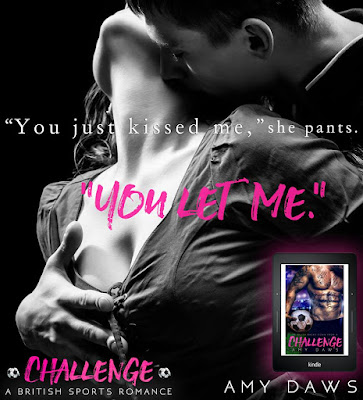