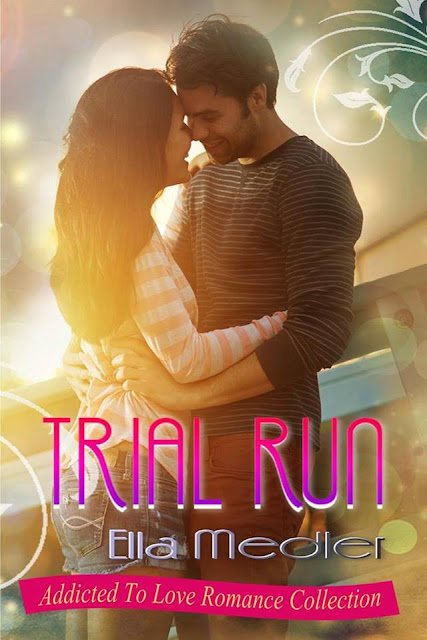 Amelie Watts is sick and tired of being treated like a child. She might be willowy and delicate, but she has strength of the kind that doesn’t show on the outside. Plus, she learned all she needed to know so she could cope on her own. Now, if only her big brother would finally release her inheritance! She would fly to the Bahamas and kiss the backwater she grew up in goodbye.

Jason Watts is fed up with picking up the pieces of his little sister’s life. If only she would grow up already and learn to live life without stabilizers! Her latest idea is insane, and bound to be her most enormous failure to date. But how to make her understand?

Enter Rob Tyson, incorrigible bachelor and Jason’s best friend. For a laugh, they make a bet. Two people, a hastily acquired boat, and a tropical paradise. What could possibly go wrong?

The bottom line? Did 'I love it' or think 'it was amazing'? Yes. I received the book for an honest review, so here is my detailed input. I'd highly recommend this book, and I can't wait to read her others (including the ones I've been meaning to finish for ages!) The review will appear at Amazon and Goodreads.

When I write reviews, there are always three things on my mind. First, did I love the characters? Second, was it hard to put the book down? And third, what sort of standard did the execution meet? When I give my rating, these are the primary criteria by which I judge.

It's rare that a book whose characters I loved will get less than 4 stars from me because, first and foremost, I have to be moved by - and want to root for - the leads. If the secondary characters are great, that's a bonus, but I have to feel something (not always love - I can hate them, too!) about the leads. On point one, Ella Medler scores 100%. I saw growth in both Rob and Amelie, they had amazing chemistry, history (though it wasn't greatly detailed) and made me love or want to smack them in equal measures. And Jason...well, I really wanted to punch him, so that's definitely an emotional response! I'd love to see him get a redemption story. (hint, hint, Ella!)

Was I able to put this one down? Able to? Yes. To some degree. Did I want to do so? No! I wanted to keep reading. Frankly, if my sister-in-law wasn't visiting for the first time in five years (after living across the country all that time), then I might have ignored everything else until the book was done. As it was, I stayed up too late to keep reading. That scores 100% for me, as well.

On the last point, I'm a little torn. The quality of the book is easily well over 100%. Grammar, spelling, plot structure, pacing, everything was fantastic. But I have a pet peeve, and if I don't dock for it on my more-detailed blog rating, then I'm not giving an honest review. There were moments - not a lot of them, but occasionally - when Rob, Amelie and Jason all sounded like ex-pats instead of Floridians. I know, I know. It's nitpicky. It is. But that drives me personally batty, mostly because it pulls me from the story into my head with the thought, "They'd never say/think that." It didn't happen often, as I said. I've seen many books written by non-American writers who obviously put no effort whatsoever into making their American characters sound like they are Americans. This was pretty rare in Trial Run, and since I know Ella isn't American, I forgive it easily because she did such a stellar job 99% of the time. So, I can't officially give the book a 10 on here, but since it's a 9.8, divided by two for the Amazon/Goodreads ratings, that rounds to the 5 (very well-deserved) stars for a gifted writer. 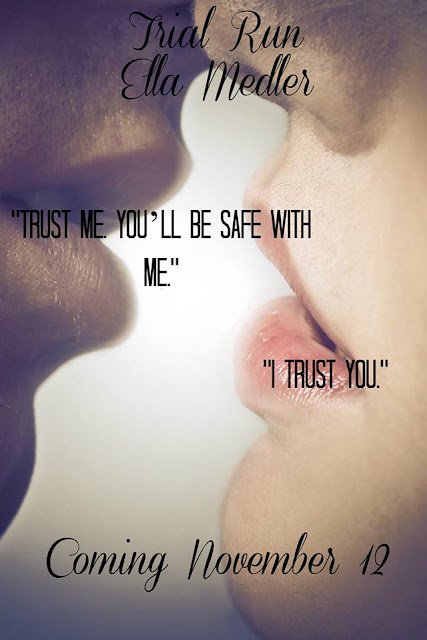 “This way. We can shelter under those rocks until morning.” He grabbed her hand to guide her steps.

She pulled her hand out of his. “I’m not spending the night in there! There are all sorts of creepy crawlies under rocks. I’d rather just stand naked in the rain until morning!”

“Amelie, listen to me! You won’t make it till morning in this,” he gestured at the raging storm. “Not without shelter. Now be a good girl and do what I say. I promised your brother I’d take care of you.”

Fire flashed out of her eyes, and she backed away from him.

“I don’t need you or anyone else to take care of me, thank you for the offer. Just so you know, I learned all about surviving storms, hurricanes, tornadoes – everything. I took courses online.”

Rob let out a hysterical guffaw. “You learned all about survival… online?”

Amelie nodded forcefully, which only made Rob laugh louder. Suddenly unsmiling, he turned on her. He was cold, hungry and tired, and he was so done being the nice guy. Done being friendly and polite. Amelie was no more than a spoilt brat who believed the world at large owed her something, but he was not her lackey, and most definitely not her prince charming. And this tropical storm was just about the right time for her to start acting like a mature person with her head well screwed on her shoulders.

“Wake up, little princess. I’ve got news for you. You see this big wide world?” He swept his arms in a wide arc. “It doesn’t owe you safety. It doesn’t owe you a living. And it doesn’t even owe you the truth. Just because you read it online,” he twisted the word, “it doesn’t mean it’s right. I, however, am speaking from experience. So be a good little girl now and do as I say. I know what I’m talking about.”

He grabbed her hand and began towing her toward the rocks that would be their temporary shelter, ignoring her attempts to pull away.

“If you don’t let go of me right this minute, I’m gonna have to hurt you,” she warned, but her warning fell on deaf ears.

In the next moment, she gripped Rob’s arm, right above his hold on her, and twisted back. All Rob registered was that his elbow was on fire. The damn woman had dislocated his elbow, and now she was walking away, back down the beach and toward the thicker brush in the middle. He hadn’t even been aware of letting go of her arm.

The pain lessened and he felt the joint gingerly. Not dislocated. Damn lucky. Still confused about her reaction and with his male pride in shreds, he shouted after her.

“You’ll be sorry! You’ll see! Don’t come to me when you’ve got pneumonia. I won’t care.”

But he did care, and as he gathered a few lumps of driftwood to wedge against the squat rocky overhang and create a slightly drier tunnel for himself, he couldn’t help but admire her spunk. It would still get her ill, but there was nothing he could do about it at that particular time. He’d try reasoning with her again in the morning, he decided. She couldn’t get lost on an island, surely. The way she was acting, no one and no thing would dare hurt her. She was probably bossing the mosquitoes around, telling them what they could or couldn’t do.

He peeled off his soggy clothes and used them to line his makeshift roof. They couldn’t get any wetter, but they could help keep him dry, and being dry meant being warm – half the survival battle won already. In the morning, he would focus on finding food and drinking water, and then on building a decent shelter.

Just before crawling into the tight space for whatever was left of the night, he located the empty water bottle and sawed it roughly in half with his hunting knife, then wedged the two halves between rocks, so they would stay in place. He may as well let the rain water accumulate overnight – one good thing this damn storm could do for them.

He kept his knife by his side as he lay down to sleep. Anger ebbed away as he began to relax, now that he knew they were safe. Well… safer. His last thoughts were of Amelie, and what a wasted opportunity that was – of feeling her smooth skin close to his body and threading his fingers through her wild hair, of testing the softness of her lips with his own… her hips, her breasts, her nipples and those sexy nipple rings… Despite the storm raging overhead, Rob fell asleep with a smile of his face. 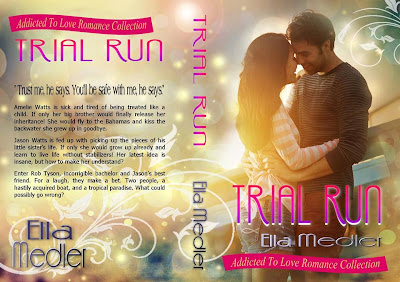 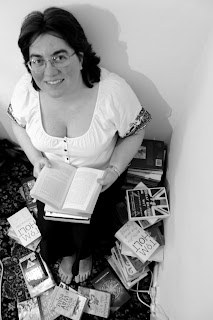 Ella Medler is a U.K. author and free-lance editor. She writes fiction in more than one genre, in a seemingly vain attempt to slow down her overactive brain enough to write non-fiction on subjects she knows a thing or two about. She also does not believe in the starchy use of English, and ignores the type of rule that doesn’t allow for a sentence to be finished in a preposition. Her books are action-driven, and well-developed characters are her forte. Loves: freedom. Hates: her inner censor.

Other Addicted to Love Books By Ella Medler 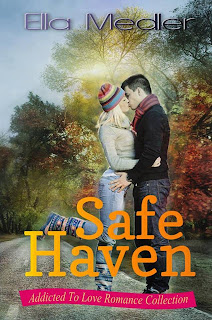 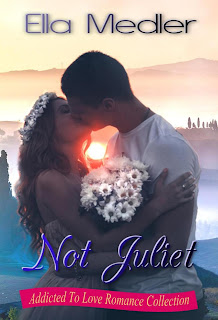 Email ThisBlogThis!Share to TwitterShare to FacebookShare to Pinterest
Labels: Other Authors