BLOG TOUR and REVIEW - Brenda Rothert's ON THE LINE SERIES 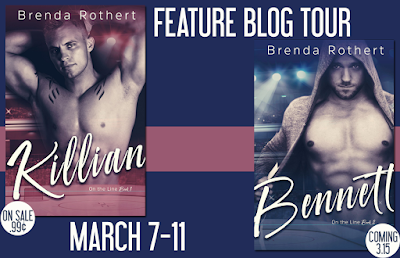 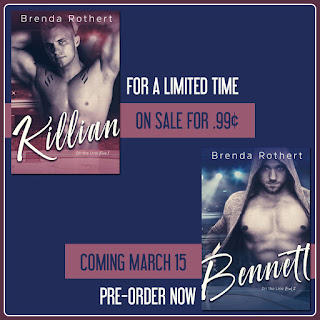 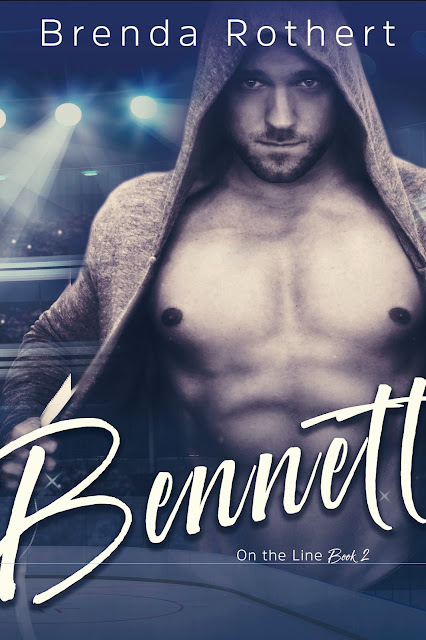 
Bennett Morse devotes his time to chasing two things: an NHL career and women. He’s the easygoing member of his three-man line on the Fenway Flyers, content to play the game he loves and soak up the female attention it brings – as long as it’s from a different woman each time. He learned the hard way that choosing only one leads to heartache.

Newly single attorney Charlotte Holloway finds just what she needs in Bennett – a sweet, sexy man to ease the burn of her recent breakup. One night is all she wants from the left winger who seems to have all the right moves. Soon circumstance draws her back to Bennett, and the sparks between them become a fiery blaze. But with the stakes high, will they risk it all and put their hearts on the line?

After a year away from new Brenda Rothert hockey books, I was thrilled to dive into this one. She didn't disappoint. Bennett was the perfect combination of strong alpha and kind, good man. Charlotte was a little Type-A, but it was a great balance with Bennett's messy side. It was amusing that they had a bit of a role reversal at times, since Bennett was the hockey god. The hot chemistry between them transformed them both, and it gave them reason to fight for what they had together (aside from the other compelling reasons, which weren't enough for Charlotte to easily leap over her past). I loved the twist on their connection (I won't spoil it) - it added another element to the story that I can't wait to explore in the next book. One thing I really enjoyed was the concurrency between the books in this series. If you've read Killian, you know what's happening with him, and you might remember Liam and Bennet from his story. I can't wait to go back and re-read to see what tidbits I've been fed all along. Easter Eggs...love 'em.

Why not 5-stars, like Killian? Well, for one, as much as I loved Bennett, he had a lot less emotional character growth, and I found myself reading more for the endgame of their story than I did for the characters themselves. That's not a bad thing, but for me, it's also not always a 5-star. Many of Brenda's characters have something to overcome, and this time around, while I empathize with Bennett's issue, it just wasn't insurmountable.

All in all, it was great to jump head-first into a new book from Brenda. I haven't reviewed nearly so much this past year, so I haven't yet grabbed her new series or her standalones.

This review will appear at Amazon and Goodreads. The ARC was provided for an honest review. 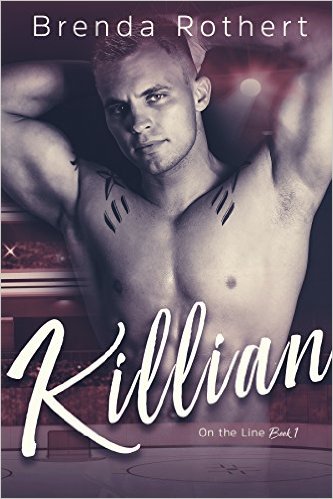 
Killian Bosch knows he’s his own worst enemy – he just doesn’t give a damn. The star forward of a minor league hockey team, he’s unstoppable on the ice. His reckless behavior, devil-may-care attitude and complete disregard for consequences have made him a major source of headaches for the Fenway Flyers’ brass.

But the new Flyers owner is more steel than brass. Sidney Stahl is a disciplined woman who parlayed earnings from a college job into a real estate empire. She’s determined to transform the Flyers from marketing nightmare to hockey powerhouse. Once she gets Killian in line, she knows the rest of the team will follow his lead.

The seduction of his sexy new team owner is a challenge too forbidden for Killian to resist. Sidney plays into his attraction as a means of controlling him, but soon finds that she’s the one surrendering. It’s all on the line as Killian and Sidney are forced to choose - business or pleasure?

**This review appeared here at the blog last year.

I absolutely loved the Fire on Ice series, and I'm a huge hockey fan, so I expected to enjoy the first book in Brenda's ON THE LINE series. What surprised me was how easily Killian Bosch managed to push every sexy button and draw me into his orbit the same way he does Sidney. Though I loved all the Fire on Ice stories, my favorite was Edge. There was something about Luke that appealed to me on many levels, maybe even including the reformation of a bad boy. Killian now ties with Luke and Ben (Now and Again, Now and Forever) as my favorite of Brenda's leads. The rest of the guys in On the Line will have to work extra hard to knock Killian from his post of best in this series.

Sidney was fabulous. One thing I loved about her was that, in spite of what she does give up for Killian, she never compromises her sense of self. He enriches her already great life, fills it more, rounds her edges, but never changes the fundamentals of who Sidney is. For her part, Sidney helps Killian get back to the place where he fell off his axis, but she doesn't demand it or even ask him to be better for her. He wants that, and there is nothing sexier than a man who knows how to love with his whole self. Add a dirty mouth and a woman who can't say no to him (and doesn't want to), and you've found a great combination of hot and sweet.

Another home run for Brenda that leaves me excited for this next series and a little less disappointed to say goodbye to the boys of Fire on Ice.


Brenda Rothert is an Illinois native who was a print journalist for nine years. She made the jump from fact to fiction in 2013 and never looked back. From new adult to steamy contemporary romance, Brenda creates fresh characters in every story she tells. She’s a lover of Diet Coke, chocolate, lazy weekends and happily ever afters.