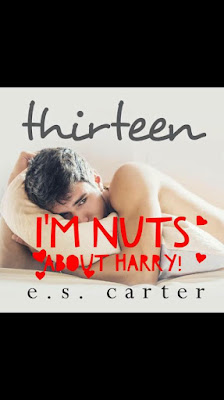 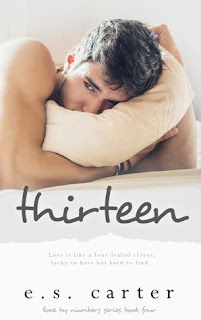 Thirteen... Unlucky for some. Including me.The woman I loved left me on the thirteenth. Thirteen months of living together and she walked out the door without looking back, straight into another man's arms. She was kind enough to leave something to remind me of her: thirteen thousand pounds worth of debt.Thirteen; the day I lost my nuts. Well, I didn't lose them, cancer took them from me. Better to be a man without balls than one without life.Still, thirteen sucked... until it didn't.Until her.Thirteen might just be my new lucky number.*Thirteen is book #4 in the 'Love by Numbers' series. It is interconnected but can be read as a standalone.*

Add it to your TBR:  Goodreads

Thirteen is book 4 in the Love by Numbers series and while it can be read as a stand alone, to fully understand why Harry’s life has been unlucky, I suggest you check out the other books in the series.

Friday the Thirteenth was an unlucky day for Harry.  That was the day he lost his nuts to cancer. Since that day, in the last thirteen months, he has been out on dates, but with each one of those twelve dates, something was wrong.  Then, he has his thirteenth date, and maybe thirteen isn’t so unlucky anymore. That is, if he survives.

The author has done such an awesome job with having a wide range of emotions experienced in this book.  From the start of the book, you will be hooked and not want to put it down.  Even now, for me, several days after finishing the last page, I’m still left with a book hangover.

Both Harry and Delilah have something they don’t want the other to know about themselves.  Yet, at the same time, they complete each other.  They are the other’s extraordinary.

I found myself laughing along with the Fox boys as well as Delilah’s twin.  Of course, the interactions between Harry and Delilah, and their first several dates, were great.  Watch out for the goats. At other times, when Delilah’s past came crashing back in, I was on the edge of my seat.  This is a very heartwarming story of two imperfect people that really are perfect together.

I can not wait to read the next book in this series and feel very privileged to have received an advanced copy for an honest opinion. 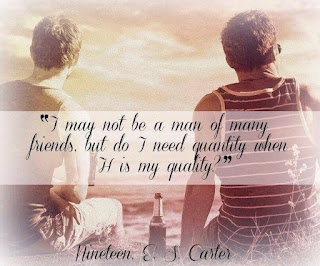 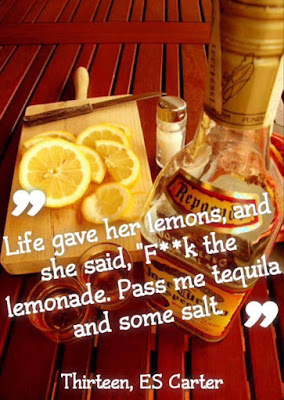 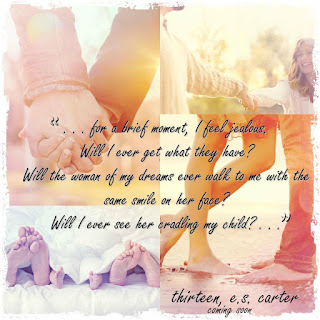 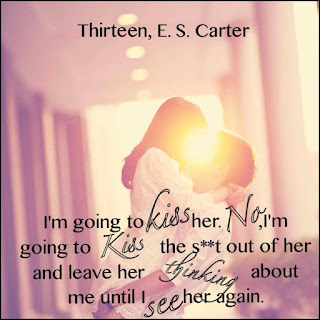 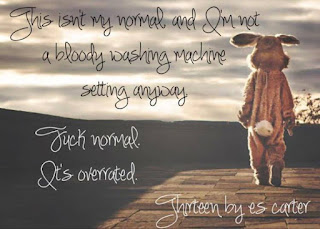 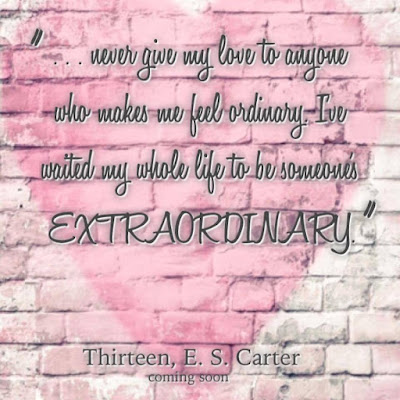 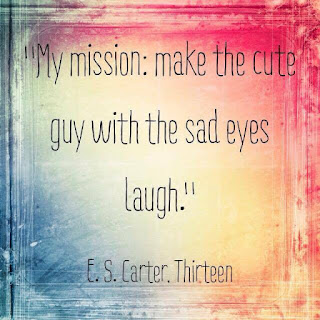 Yeah, if I hadn’t had to sell my pride and joy to clear some of the debts that ‘she who must not be named’ left me with, then climbing out of this banana mobile might have been worth a chuckle, but it’s not. I reluctantly climb out, squeezing myself past the red Mustang and allowing myself a glance at all its curves, when a door slamming on the other side of the car grabs my attention.

Gracefully exiting the ruby mean machine, with curves that far exceed the vehicular ones I was just admiring on the Mustang, is a vision in white. I can only see her head and torso from the angle I’m standing at, but bloody hell, this girl is fine. Molded to her frame is a tight, white t-shirt, displaying a killer rack. I drag my eyes up, away from her boobs just as she bends to get something out of the car and catch sight of her dark locks that are cut in a chin length, uneven style, with one side longer than the other.  Realizing that I’m staring, I shake myself off and lock up the banana mobile, hoping that she doesn’t think I arrived in this garish, go-kart.

As I approach the back of the car, movement catches my eye again and I stop to watch her drag a giant rabbit’s head from the passenger seat. From here, I can see the rest of her is now clad in the matching bunny bottoms and furry top, and she pays no attention to me as she reaches up and pushes the giant head over hers. A few seconds later, the curvy beauty is transformed into a giant, pink bunny, complete with floppy ears and buck teeth.  I’m openly staring now, but figure that she’s a bunny, she’s used to it.

The words come out mumbled from inside the huge head and I realize, Bunny Girl is talking to me. I point to my chest, like a complete idiot and mouth “Me?” The giant head nods once and a garbled, “Please,” comes from its depths, while a pawed hand motions to the boot of her car.

The old H would have had at least one joke to make about her outfit, but I find myself struck mute by the hot chick in a bunny costume. The first hot girl since ‘Nut Gate’ to finally stir some life into my Davidson and I can’t even find the words to make a joke about fertilized eggs. Actually, my tongue is stuck to the roof of my mouth, so I can’t find any words at all. I precariously stack up the egg boxes and load them beneath one arm, while grabbing her bunny basket with the other. Yes, bunny basket, as in a jumbo basket, covered in bunnies.

Fuck, I can’t even think of something funny to say about that. Where has my mojo gone when I need it?

“Thanks for helping, carrying anything while wearing this is impossible. Believe it or not, this head weighs a ton and I end up walking more like a duck than a rabbit.”

“Do you often dress up or is this your first time?” What a stupid fucking question. I slam the car boot and walk towards the school with Bunny Girl. She’s right; she would make the perfect waddling duck.

Eli Carter is a mum of three from the U.K.She is a stay-at-home mum and a part-time advocate for families of children with special needs.Her life is pretty manic, and she often gets asked, "How do you find the time to write?"The answer is simple; she never sleeps, but not from lack of trying.Reading and writing are her therapy, her solace and often the one thing that gets her through the long nights. (That and copious amounts of caffeine and sugar!)She loves to connect with readers, so please feel free to friend/follow her on Facebook, and Twitter or join her reader's group, E's Elite.