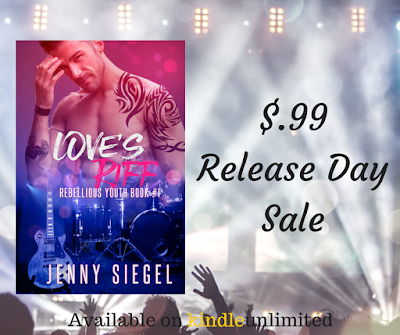 Most girls deal with a bad break-up with a pamper session and a shopping trip. Not nineteen-year old Taylor Devlin. With her confidence at an all time low, she immerses herself in music. It isn't just something she's good at, it's in her blood.

So when her best friend convinces her to audition for an up and coming band, Rebellious Youth, she figures she has nothing left to lose. Only she didn't plan on catching the eye of sexy-as-sin lead guitarist Cal Jensen. Taylor knows all about bad boy rockers and has absolutely no intention of going there, again. Even if Cal Does make her feel alive, in the same way getting lost in a riff does. But it's hard to move past her own insecurities, and Taylor isn't sure if she's ready to let Cal prove that not all rockers are heartbreakers.

She knows music can heal her heart, but what if only Cal can make her whole? 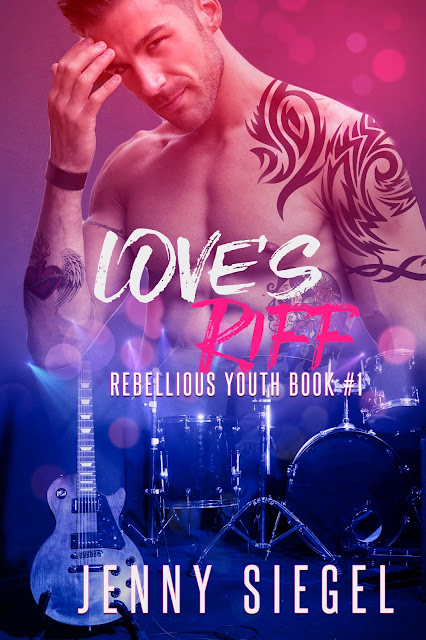 Taylor Devlin is not like your ordinary nineteen year old. She is a college student with musical talent, who is recovering from a messy break up, which has her in a self imposed sequestering. She hid herself away from everyone but her best friend, Laura. After a year of hiding and constant encouragement from Laura, Taylor tries out to be the bass player for the band "Rebellious Youth." Taylor tries out mainly as a favor to her BFF.

Laura's motives were both selfish and not. While Laura wanted to meet the lead singer, and Taylor was her in, she also wanted to see her BFF come out from under the rock. Well, the latter worked really well. Taylor finally starts to regain some of her confidence she lost after her breakup. Until she meets lead guitarist Cal Jensen. They have a connection, but Taylor isn’t about to date another rocker, and Cal feels he is not good enough for her. This back and fourth adds to their relationship as band mates too. They're  repelling off each other because of their pasts was a great idea to add drama to the story.

Will Taylor retreat back into her self imposed prison? Will Cal break her heart? Will the band members of Rebellious Youth help her grow as they all strive with the pressures of college and the demands of band life?
This was a "quick read", but I wish it was a more in depth plot. I didn’t feel like I got to know the characters well enough, and pieces of their background stories seemed to be missing.   Through most of the book,  I felt this was a three star read, but then there was this surprising twist at about 80% into the book. I wasn’t expecting that, and it changed my rating to four stars.  There was great interaction between the band members, but I felt like I was missing something I just couldn't put my finger on. As much as that twist changed my rating up a star, the ending felt like it just sort of ended. There should have been a little more to the story, and I hope that in the next book in the series we will get that more.