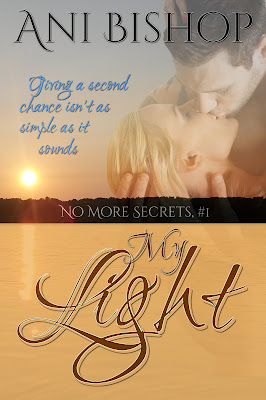 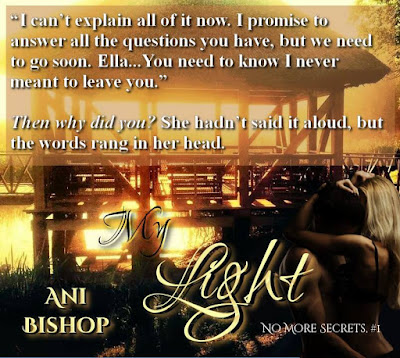 Ella loved Braden for the year they’d been together, she'd missed him for the eleven months he’d been gone. She had to admit that her reaction upon seeing him again proved she wouldn’t stop loving him anytime soon.
Braden left Ella for many reasons, but not the ones she thought he had, especially not the lie he'd told her to keep her safe. Would she ever believe him after the way he'd hurt her? When the truth is revealed, will they embrace their second chance? Or is it too late to reclaim the light they'd found in each other? 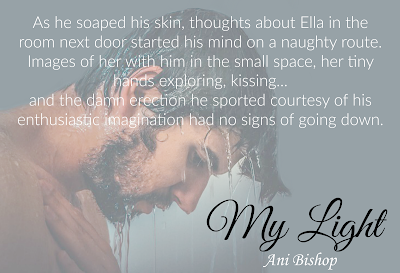 This is the first book I've read by this author and it certainly won't be the last.Ella and Braden had a whirlwind romance that was supposed to last forever. One fateful morning Braden meets Ella at their spot and breaks things off without an explanation and disappeared. So many secrets and lies have made it hard for Ella to trust again. When Braden pops back into her life her mind is in overdrive fighting against her heart. This story has two very lovable characters that are definitely soulmates. There's danger, intrigue and some steamy romance to boot. All in all its a really good book and a story that I feel needed to be told.The one thing that I wish was for the author to develope the characters a little more. There are some secondary characters that are more like background noise, yet they're important pieces to this story. Ella is depicted as a meek and shy "little girl" yet there just has to be more to her. To go through everything she has and she doesn't run screaming says a lot but she's depicted as if she's weak.This wasn't enough for me to knock it down more than one star though. Ani Bishop's writing had me enthralled and it was difficult to put this book down. I will be recommending this author. This is a good story and I do look forward to reading more from this author. 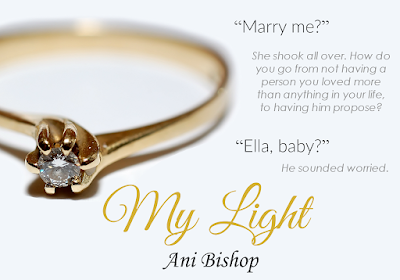 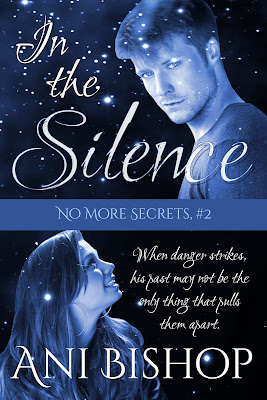 Amy Welton has a good life. Her mother and brother are the world to her, as is her best friend—and sister-by-choice—Bella. That’s how she finds herself in the midst of planning a party for two amazing people, and the help she receives comes in the form of one very sexy, dark, alpha male. Rylee Kane isn’t the kind of guy you’d bring home to your mother. He’s the one who takes a woman to bed for a single purpose, and that ain’t love. But when he’s saddled with beautiful Amy, something happens to him. She’s a woman whom he’d never think of taking to bed, yet, he can’t come up with anything he’d rather do. The stakes rise, and his will is challenged. He pisses her off all the time. She tests his nerves at every turn. When her feelings morph into something she swore not to let happen, will she stick through the danger to see the end? Or will they be over before they really begin? 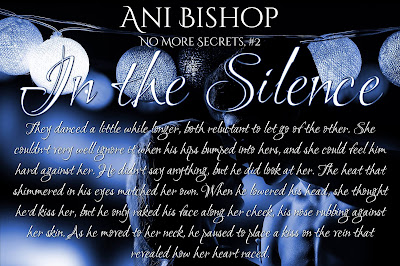 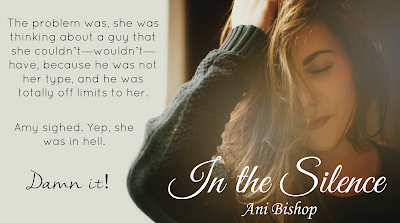 This is the second book by Ani Bishop that I've had the pleasure to read. She's a born storyteller who creates likable characters who are swoon worthy.Amy is the Straight-laced bookstore owner. She puts family first and longs for true love.Rylee is your typical alpha male playboy. Love is not in his vocabulary and women are only good for a night or two.Thrown together to plan their best friends engagement party, neither expected the instant chemistry. Rylee acts like it's heartburn while Amy swears to not give in. Will they throw caution to the wind?This story is a definite page turner. With the added suspense I couldn't put it down. Ani Bishop is one author that I look forward to following. 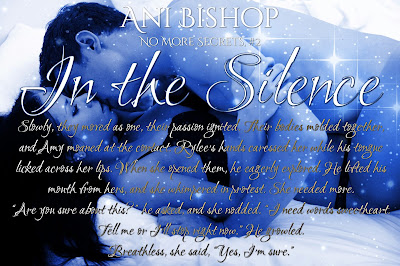 Always You, No More Secrets series

Mike walked over to where Colin watched his fiancée by the sidelines. He’d never thought he’d feel as jealous as he did right now. The emotion was foreign to him when it came to women. It wasn’t as if he had to think about the life his lovers might have had before he’d come into the picture. He simply hadn’t cared that much about them.

Bella… she was another story. She’d always been everything to him. From the first bump in the local coffee shop when he’d been home from a tour, to the last kiss he’d given her, only a minute ago.

Colin had obviously shared something special with Bella when they were younger, and he didn't seem to be over it. His Bella wasn’t an innocent flower, but that did not mean he wanted to meet the guys she’d been with. Hell no.

Mike stopped beside Colin and turned to see Bella laughing with her head thrown back. She loved this party. And he loved her. The whole reason for this surprise was to show how much she meant to him, and that this was a forever thing between them.

“Whatever your feelings for her are, forget them.” His lips were drawn into a tense smile.
He sensed more than saw Colin look at him. “Who are you to tell me what I should do?” Anger and contempt colored his words.

“She’s happy. With me. You will not try and ruin this with your silly little feelings.” Mike lost the smile. It was hard to pretend everything was fine. Bella wasn’t looking in their direction, and for that he was thankful.

“Why are you so sure she’s happy? I’ve known her my whole life. She may think you’re great for a while. After that little…infatuation passes, I’ll step in, and you’ll be nothing to her. Not even worth a damn memory.”

“That’s right. You’ve known her your whole life. Yet, I’m the one who’s going to marry her. I suggest you stay the fuck away from my fiancée,” he ground out. Every word that had come from his mouth had made him angrier. It was all he could do without throwing a punch.

Mike could see Colin’s jaw work back and forth. The guy couldn’t see he'd lost something that hadn’t been his to lose. From the moment she was made, she had been meant for Mike. Colin had just been a passenger on the road that led her to him.

“Are you threatening a federal agent?”

Mike grunted. “No. I’m threatening a man stupid enough to go after another man’s woman. I don’t care who you are, but if you touch what’s mine, you will regret it.”

“She was mine to touch first,” Colin mused. Maybe he wanted that fist after all.
Mike barely held in his rage. Couldn’t he just admit he’d made a fucking mistake in letting Bella walk away? It was too late to go back now.

“You said it yourself, was. Past, not present. She’s mine, and I will beat the shit out of you, just for fun, if you even try to mess with us.”

Mike turned and walked away before he smashed his sorry ass right there. It was their engagement party. Bella didn't deserve for him to make a spectacle.

But, he suspected, they would have to handle this the old-fashioned way. Soon enough. 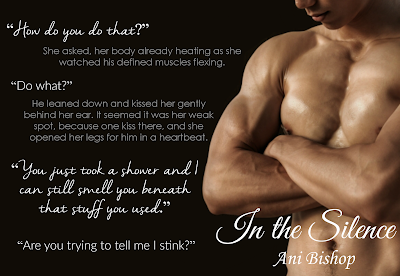 Hi! I'm Ani Bishop. I’m a married mother of two who lives in a small town. My life hasn't been easy, but it's been filled with family. Our house had always been filled with laughter and not one moment of peace could be found. But, we’ve never been bored.
Reading has never been a chore for me, it's been a great passion. Writing, however, came afterward. Just a story in my head that needed to be told, and I wrote the first few words. Ever since I started, there was no stopping. Every day, every week, I've worked, and written, and had fun. Because writing is fun, if you love it.
If you'd like to connect with me on social media, here are my contacts.

Look for me on Goodreads!