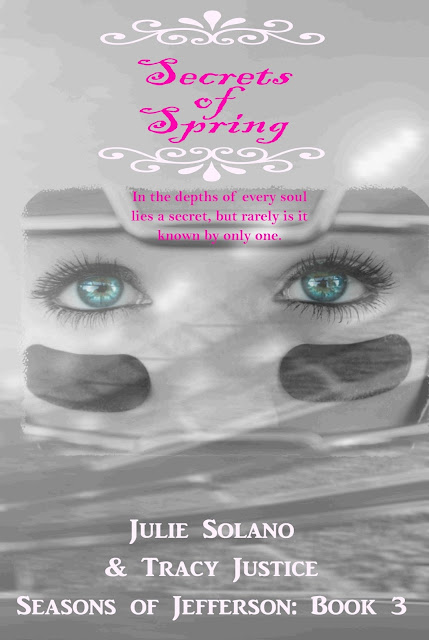 Secrets!  They’re all I’ve ever known.  Since the night I witnessed the unthinkable, I’ve been forced to live with a hidden identity.  For our safety, we were tucked away in a rural mountain community in Northern California.  For me, the tradeoff was bitter.  Friendships were torn apart.  One young playmate would never be seen again and the other would become a forbidden acquaintance.

As the years passed, our new lives were rebuilt from the ashes of destruction we’d left behind.  For most of my adolescence, my only safe outlets were school and sports.  I became a scholar student and an all-around athlete who surrounded myself only with a tiny circle of my most trusted friends.  Friends that would make living in Jefferson County adventurous, exciting, and unforgettable.

As time passed, my attention shifted beyond my small circle.  My guard dropped, and the All-American star baseball player, Ty Connelly, became my new focus.  He caught my eye and made me forget who I used to be. I became careless, defying the rules set in place for my family’s safety.  To me, he was worth the risk.  He was the one person who had the power to turn my nightmares into dreams.  Dreams of a future where living was possible again and secrets could be forgotten.  Or could they?


Find out in the exciting conclusion of the Seasons of Jefferson trilogy, Secrets of Spring. 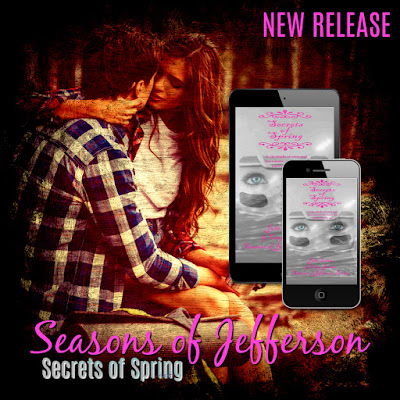 This is the third book in the Seasons of Jefferson series.  I would highly recommend that you read the first two books first.  Yes, this book does run parallel for a good portion to events that have taken place in the first two books, just seeing them from who was a supporting character in those other books point of view.  You can actually read this without the other two, but to fully understand what the group of friends have been through and not to have spoilers it is best to read the other two books prior to this one.
The authors, who make a great writing duo because you are not able to tell that two people are writing this book, do an excellent job in recapping or refreshing the readers with events that took place from the prior books yet continue to move the story forward.  For this group of high school kids, they have had way more than their share of tragedy, Jenna with even more than her friends are aware of. There is a great amount of suspense in the book and even with figuring a few things out early it didn’t take away from my enjoyment of the story because I still had to know how it was all going to play out.  Of course, when I was wrong on another situation that was great because they had me fooled making it even better. Again, the authors touch on issues and situations that kids today have to deal with in school and they do a great job in showing that there are consequences for your actions.
I was sad to know that this is the last book in the series.  I guess I always thought there would be four, one for each season and who knows maybe the authors will decide to write another that takes place over the summer with them home from college. 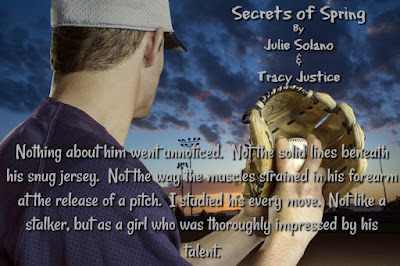 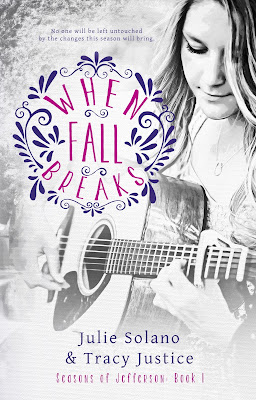 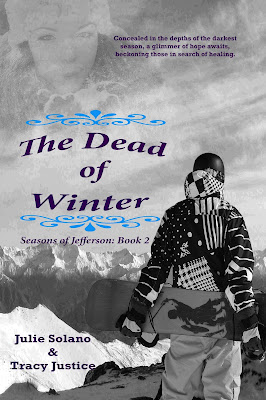 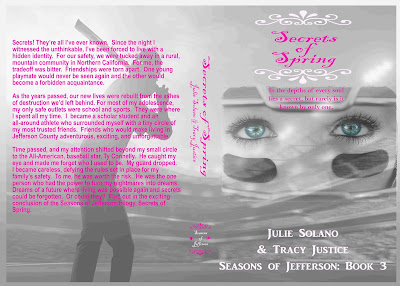 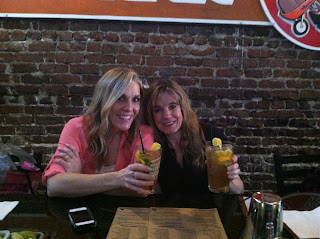 Julie Solano has lived in far Northern California, nearly her entire life.  She graduated from CSU, Chico, where she majored in Psychology and minored in Child Development.  She later went on to Simpson University where she obtained her multiple subject teaching credential.  Julie enjoys life in the “State of Jefferson,” where she lives with her husband and two children.  As a family, they spend their time tromping around the Marble Mountains and Russian Wilderness.  They also take pleasure in rafting, skiing, snowmobiling, off-roading, campfires, and living it up in the great outdoors.  When she’s not with her family, Julie spends her days teaching next door to her co-author, fellow prankster, and partner in crime, Tracy.  The most recent of their crazy adventures was to take on the challenge of writing this series of novels about what life is like in their neck of the woods.

Born and raised in Northern California, Tracy Justice is a wife, mother, and full-time teacher.  She graduated from CSU, Chico, with a Bachelor of Arts Degree in Liberal Arts.  One of her fondest memories growing up was herding cattle in the Marble Mountains with her family.  She enjoys spending time with her family and friends, riding horses, running, hiking, swimming, and of course reading.  After some encouragement from Julie, she decided to add “Co-author” to her ever-growing bucket list.  She never knew how much fun it would be to write a book with her best friend. She hopes you enjoy reading their third book in the “Seasons of Jefferson Series” as much as she enjoyed writing it with Julie. 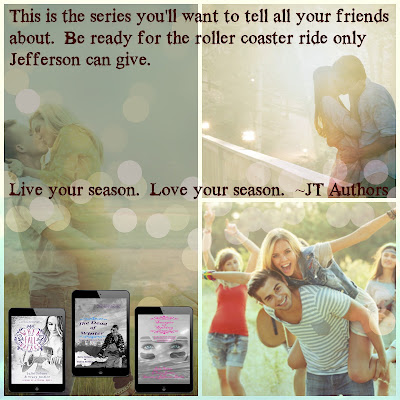