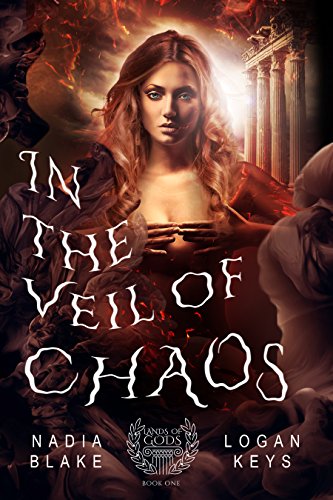 He will claim a thousand souls to save her. Hades, King of the Underworld, offers Persephone an escape from death...but it comes at a price.

USA Today Bestselling Author Pauline Creeden - Captivating and beautiful, full of magic and politics. This modern twist on The tale of Hades and Persephone has attitude but is authentic enough for any mythology lover.

If I could give it six stars I would! - Goodreads Review


The loss of Persephone's father brings her two choices, wed the man who murdered her family, or die. But Hades has another plan, one that will bring a sweeter pain than death. But to bring this plan to fruition, the two must face their tragic differences once again... in Marriage.

The King of the Underworld offers the ultimate sacrifice, but the questions is... will she burn for him?

One of the most perilous love stories ever told, the myth of Hades and Persephone is famous for its darkness...but now, a new retelling of their love begins in a world thrown into chaos.

For readers who enjoy epic life or death and forbidden romance with a lot of passion and a touch of magic.

The authors did an excellent job.  This reader really thinks that they did a lot of research for this series.  I mean to know what kind of flowers and colors are associated with each of the gods and goddesses is more than this reader's school taught.  They didn't bring a bunch of gods into the story to confuse the story, but they did add just enough main characters and a few supporting characters.  They developed their backstory enough to make the story flow, but not everything, so this reader wants to read the rest of the books in this series.
I like that it was not the same old, same old that these characters were more modern political and  social problems.  They speak of the ancient gods which helps in the developing storyline.  The descriptions of the locations are so descriptive this reader could see it.  There's a growing mystery that needs to be solved to save the world and the lives of humans and the gods and goddesses.  There is not explicit sexual language or cursing, but adult situations are involved. The whole story is not long and drawn-out and the backgrounds of each person are explained as the story unfolds and flows seamlessly.  I had no idea that two different authors wrote this.  This reader will need to read the rest of this series to see how the whole thing turns out.


Nadia is a wanderer, lover of fantasy, romance, action, magic, and mystery. When she's not writing, she's casting spells on her husband and thinking up ways to bring more love and light to her family. The proud mother of two kids, she's also the owner of a lovable dog and an ornery cat. If you like her stories, please feel free to visit her on Facebook where she hangs out sporadically or drop her an email.

#1 bestselling horror author Logan Keys is currently working on both her new disaster post-apocalyptic series The Long Fall while also embarking on a romantic fantasy journey into Greek mythology. Sign up for her newsletter www.logansfiction.com click "VIP UPDATES" on the right-hand side of the page
Logan says she's not so much a writer as she is a soothsayer and preparer for those who are still blissfully unaware. Her stories aren’t dystopian but rather a warning for the next generation. When she’s not writing disasters, zombies, vampires, superheroes, and robots, she’s fighting against government over-reach and oligarchy using military tactics mixed with a little bit of poetry.
Logan’s currently stationed in Kansas with her husband, two kids, and furbaby while starting her voyage into fantasy, but she’s still “keeping it real” and writing futuristic sci-fi on the daily.
Saving imaginary planets one story at a time she says, “My words are my riot.”
Posted by Unknown at 6:21 PM