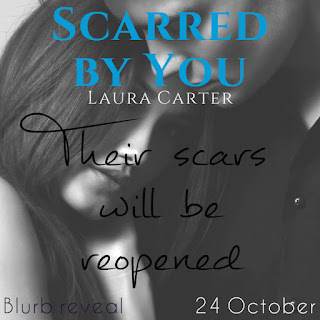 Their past will become their future. Their scars will be reopened.
Clark Layton has the world at his feet. He is the CEO of one of the largest oil companies in the world and he has a fiancée most men would kill for. Then why, the night before his wedding, is he still thinking about everything he lost when he walked out on Dayna Cross?
Dayna didn’t intend to take the helm of Subsea Petroleum. But events beyond her control left her no choice. And she can handle it, mostly. She can juggle the long hours, the chauvinistic men, and a broken heart. What she can’t deal with is Clark Layton swanning back into her life and threatening to break down her walls.
They are rival CEOs and they are in a dogfight for a lucrative new pipeline. But as truths of their past begin to surface, business won’t be the biggest battle they enter into.

As a child, Laura would make up plays to perform with her sister and cousins at her grandparents' house.  She enrolled in drama school and piano classes, plotting, performing, writing lyrics to songs. In school, she wrote screenplays and stories--she can remember blushing at her first use of an expletive!  Safe to say, Laura has always had a flare for the dramatic and spent probably too much time living in a fictional world.

At some point in her late teens, sensibility won out and Laura enrolled in law school.  She studied Law at the University of Durham, then studied for a diploma in Legal Practice and became a master of International Trade Law.

When her student days came to an end, Laura spent time travelling the world, indulging in new sights, sounds, people and cultures.  She kept a daily travel journal and wrote snippets of her adventures for family and friends back home.  It was on Bondi Beach when Laura was living in Sydney, Australia, that she picked up a tatty notepad and pencil and began writing her first novel (now safely tucked away in a drawer).

When her legal career brought her back to London, England, the writing bug bit Laura again and she found an idea that stuck.  From a small bedroom in the city, Gregory Ryans and Scarlett Heath were born in book 1 of the Vengeful Love trilogy.

Laura continues to practice law full time for a global business law firm and writes in the evenings and on weekends.  The Vengeful Love trilogy is complete (at least for now) but Laura has a lot more ideas up her sleeve.