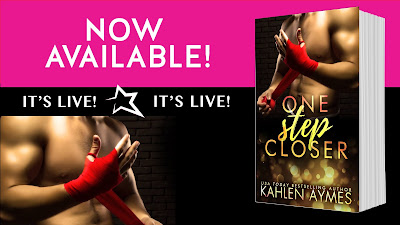 The only had each other…
Until one forbidden night ruined everything. 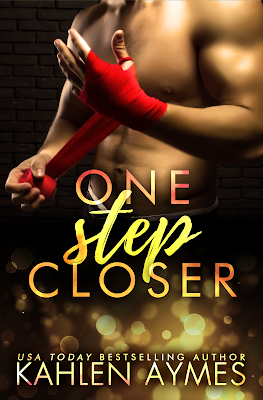 When their parents got married, the only thing Caleb Luxan had in common with Wren Brashill was that they both hated their parents. When he was sixteen, Caleb discovered Wren's closely guarded secret and vowed to protect her: from that day forward she became the reason for every decision he made.

Jealousy and long-suppressed desire overpowered Caleb's fierce protectiveness and they spent one forbidden and unforgettable night in each other arms, but the aftermath left Caleb panicked, Wren heartbroken, and their relationship in shambles. In the time since that fateful night, he’d only seen her once and had only managed to make the situation even worse.

The sudden death of his estranged father calls Caleb home and face-to-face with Wren for first time in years. He is presented with a choice that forces him to confront the painful memories of his youth and his many regrets with Wren.

Like it or not, his father's last, hard lesson, will demand Caleb deal with his long denied emotions for Wren, or let go of her forever.


Caleb Luxan’s life changed when he was twelve with the death of his mother from cancer.  He not only lost his mother, but his father became distant.   He despised his father, especially after he married that witch, Veronica Brashill.  He wants nothing to do with her or her daughter, Wren.  So what does Caleb do, anything he can to cause trouble.  He hung out with the wrong crowd which got him arrested twice.  This spiral of destructive behavior doesn’t change a thing with his dad.  When Caleb learns the truth about his stepsister his life turns again.  Wren, his stepsister, but don’t call her that because he can’t stand that title, has very deep and guarded secrets and it now has become his mission to protect her. As the deep connection Wren and Caleb have, especially their bonding over the hatred of their parents grows into true sibling love.  Caleb's dad has his own plans. Caleb is left with no choice but to attend the college his dad demands.  It breaks his heart as well as Wren’s.  They will be states apart, how will he be able to protect her now?

Once again things for Caleb's and Wren's lives twist another when he returns home from college for a visit.  Caleb panics over what happened and it leaves Wren heartbroken.  They barely talk after this but when they do, it only makes thing worse for their relationship.  Now a few years later, college behind him and on the way to doing what he wants, not what his father wants, Caleb has to return home to deal with the sudden death of his father.  Caleb’s dad isn’t done controlling his life even in death he demands on Caleb will change everything again. This stress is added to when he comes face to face with Wren after all these years.  Will their be a reconciliation for these two siblings or will they allow the past and their parents to keep them from becoming close again?  What will he decide to do; either choice could cause him to lose Wren forever.

This was a very emotional book and I really enjoyed how the author told the story in the third person because it let us get into the head of several characters within the same scene.  I love the relationship that Jonesy had with both Caleb and Wren.  She was a part of that family and you could really feel the connection they shared.  She also did a great job in going from the present to the past and back again for the reader to fully understand the connection of Caleb and Wren but so that we didn’t learn everything before it was time.  The author was off when transitioning back which is one of the reasons I can not give this the 5 star rating.  There were several events that did take place that were rather predictable, yet at the same there were some very unexpected twist. The predictability took away from reaching that 5 star rating, also. While this was a book focusing on Caleb and Wren it did touch on some other issues that would have be great to see have been brought more into light as these are some major issues that kids in high school face.  .While this was my first read by this author, it will not be my last because I really did enjoy her writing style and how she was able to keep me not wanting to put my kindle down and a few times had tears in my eyes.  I hope that maybe there will be a novella spanning the time between the end of the last chapter and the epilogue as it seemed that some events were missing during those years that as a reader I would've loved to have read after all the other events covered in the book. 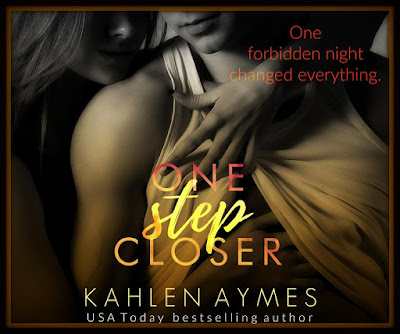 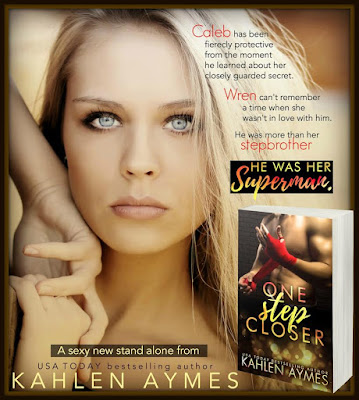 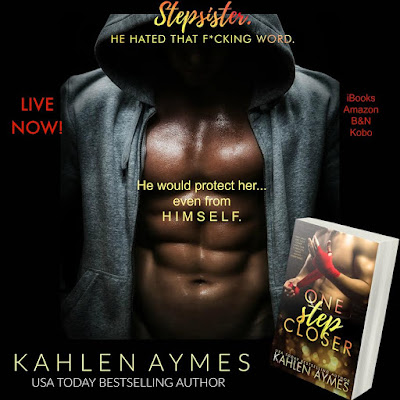 Caleb’s muscled frame was rigid and as Wren looked at him, she studied his profile, and could feel his coiled tension.  The fingers in his right hand curled into a fist.  “I was so mad.  So many times, I wished he’d been the one to die.”  His voice was full of pain, as the words tore from him.  “I fucking hated him with every breath I took.  You saw how much.”
Wren nodded, though he didn’t see her acquiescence.  She knew what he went through growing up when they had formed an affable alliance against their parents.  She hated her mother at least as much as Caleb hated his father and she understood his anger and pain; then the apathy that became a welcome alternative.  They’d been unlikely allies against a common enemy.
“Maybe I deserved his indifference.”
Wren got up and went to Caleb, standing behind him as he stood still as stone, and staring out the window.  Her heart ached with love and grief for Caleb. She wanted to touch him; to offer reassurance, to take away the ache in his voice and heart.  Without considering her actions, her arms slipped around his waist and she pressed up against his strong back and leaned her head against him, between his shoulder blades.
Caleb was massive in comparison to her, and she was like a flower curling around him.  Her hands fanned out against his hard stomach, her fingers finding the definition of his abs beneath his shirt.   “Stop, Cale.  I won’t let you do this to yourself.  Your dad wouldn’t want that.  None of it was your fault.”  Her arms slid fully around him and held him tight against her body. “I can’t bear it.  You’ve had enough pain.  Enough.”
Caleb sucked in a deep breath, the action bringing her even closer.  He could feel every curve of her body pressed so closely against his back.  He could feel her breathing, could feel how she shared his pain.  His hand came up and he ran the flat of his hand from her elbow down to her hand, and then wrapped his fingers around hers.
“When did you turn into the strong one?”
Wren’s arms tightened around him.  “When I met you. ”
“Oh, Wren.” Should he just spill his guts? Would it fix everything?  “I’ve got so much to say to you.  How long can you stay?”
She nodded against him, unwilling to end the contact between their bodies; needing the closeness as much as he did.
He wanted to apologize for how he acted the last time he’d seen her, he wanted to say a hundred things… he needed her forgiveness.
“How long do you need me?”
In that moment a miracle happened; a sort of beautiful irony that taunted Caleb with it’s fragileness.  It was as if he’d never screwed everything up between them.  But would it stay this way?
How long do I need you? Caleb thought.  His heart raced to the point of exploding, and he wondered if Wren could feel it.
Forever.
About the Author:

I'm a single mother of one daughter, Olivia. She's amazing in every way.

I was born in the Midwestern United States and educated at a private university where I received a Bachelor's degree in Marketing and Business Administration.

I've always been creative with art, music, theater and writing. I decided to write a story as a way to build a network for a business venture. The reader support of my stories and my overwhelming desire to find out where my characters would take me, soon had the writing morphing the business. No one was more shocked than I. When readers began nominating my work for online awards, it took my breath away and only made me love it more. It soon became clear that writing was, and should be, my focus.