REVIEW: Samreen Ahsan's ONCE UPON A [STOLEN] TIME 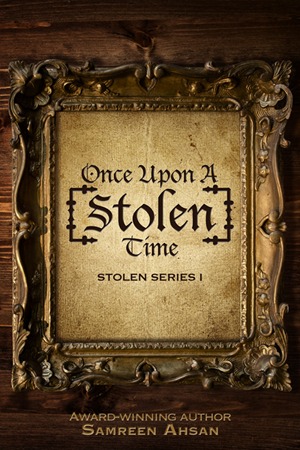 2015…
All her life, Myra Farrow has been obsessed with medieval castles—and the kings and princes who once inhabited them. Now, wealthy videogame designer Steve Bernard wants her to model for a princess character in his new game. Myra can’t resist his offer, especially when she learns that Steve plans to film inside the mysterious Hue Castle—a cursed, barren, colorless place forbidden to visitors for centuries. But unknown to Myra, her soul is bound to Hue Castle by blood and sorcery. When she enters its doors, she awakens dark powers that will reach through time—stealing her past, torturing her present, and rewriting her future.
1415…
Edward Hue, the last of the Hue royal bloodline, has never stood in the sunshine or held a living flower. Cursed from birth to live in darkness and bring death to all he touches, he is at the mercy of his cruel, tyrannical father, who will not rest until he shatters Edward’s soul and makes his son into a diabolical copy of himself. Edward’s one hope is the mysterious woman who haunts his dreams—who will either break his curse and bring him out of the darkness, or destroy him utterly.
For Myra and Edward, past and future collide in a tale of love, obsession, betrayal, and the hope for redemption.

This is the first book in a really romantic story line that spans hundreds of years.  Warning - The book does end in a cliffhanger.  It is written from the point of view of the main character, Myra, an English girl obsessed with castles and medieval life. The story flawlessly jumps from 2015 to 1415.  I was taken by the quotes at the beginning of each chapter like “Love isn’t something you find.  Love is something that finds you.”  - Loretta Young.  I was hooked from the first page and when the characters read from a book of life I was smitten.
Myra and Steve are engaged to be married, but the both hold a secret that could tear themselves and their families apart at the seams.  Steve wants to create a new video game with Myra as the main character at the one place she has wanted to visit all her life.  The Hue castle was so off limits to the public the historical society just built a wall around it and closed it off.  The Hue family was cursed to never experience nature.  The Hue men were sadistic, yet Edward seemed to have a dim light in him that could break the curse so the flowers would grown in the gardens.  What happens in the castle is mysterious and supernatural and enticing.  Can Myra find the answers to why this castle is so cursed without losing herself in the process?

This well written story is filled with such romantic adventure that I could not put it down.  The plot’s twists were not predictable and the ending left me breathing heavy.  I will continue to read the books in this excellent modern fairy tale. 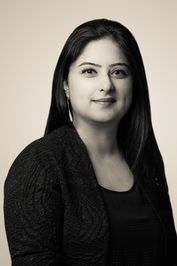