Sela and Beck’s deliciously sinful tale of sex, lies, and vengeance reaches its explosive conclusion in the final chapter of Sawyer Bennett’s Sugar Bowl trilogy, which began with the novels Sugar Daddy and Sugar Rush.

For years Sela Halstead dreamed of revenge, but the quest for payback has been anything but sweet. Now, once again, she finds herself at the mercy of Jonathon Townsend, his hands crushing the very breath from her body. And even though she escapes with her life, Sela fears she may never recover. In desperate need of shelter and comfort, she runs to the one man she can trust. Beckett North has stood by Sela since the beginning. But can he handle the brutal truth?

Beck will do anything to protect what is his—and make no mistake, Sela belongs to him, heart and soul. The passion between them runs hot, even as their world begins to unravel. With the legacy of his ruthless business partner hanging in the balance, Beck stands to lose everything: his fortune, his family, his freedom. But each touch of Sela’s mouth on his skin, her nails down his back, makes it harder to let her go—and it might not even be his choice to make.

The Sugar Bowl Series is a romantic suspense trilogy, and cannot be read as standalones.
Get the first two books of the series here:

Sugar Free is a five star book and the third book in the Sugar Bowl series. The book is meant to be read after book one, Sugar Daddy, and book two, Sugar Rush.   Both book one and two end in cliffhangers and book three picks up where Sugar Rush leaves off.  Once again, this author has made it impossible to put one of her books down.  I had to know what was going to happen. (This review contains spoilers from the first two books.)
Sela Halstead has wanted revenge on her rapists for years, but thanks to her relationship with Beckett “Beck” North, she gave up on that revenge plan and together they formed a different plan.  Unfortunately, that plan did not go as they had expected.  Sela’s original plan to kill Johnathon “JT” Townsend happened, but in an act of self defense not revenge.   In Sela's and Beck's plan, JT would have hopefully gone to jail.  I wasn’t sorry to see that Sela ended up killing JT.   I know we are supposed to forgive each other, but for JT, who was deplorable, going to jail was just not enough.  In shock and not knowing what to do, Sela turns to Beck.  She is his heart and soul and he will do anything he can to protect her.   Now their world is unraveling with the murder investigation,  will they be able to survive and keep their freedom?
Should Sela and Beck have done some of the things they did?  Most likely not, but the suspense, of what the possible consequences of their actions would be, had me on the edge of my seat.  There were several events and twists in the story that I really was not expecting to happen.  Those twists only added to the intrigue of this story.  Yes, there were some really hot sex scenes too, but this book was so much more than just that.  The ongoing murder investigation and the shocking surprises surrounding Beck’s sister as well as his parents held my attention.
Beck's family dynamics is interesting.  Talk about "no love loss" between parents and children, these characters were down right mean to each other.  You will find a lot of that drama between the major characters in this series.  I mean the North’s and Townsend’s parents both need a major slap across the back of their heads,  so they will wake up and see what they are doing to their families, or is it just too little, too late?  This was so much more than just Sela and Beck’s stories.  I do hope that the other characters, like Caroline and Dennis, get their own books soon. 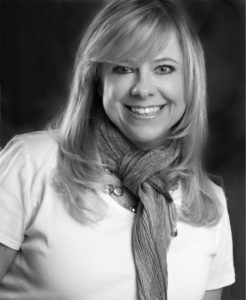 Since the release of her debut contemporary romance novel, Off Sides, in January 2013, Sawyer Bennett has released more than 30 books and has been featured on both the USA Today and New York Times bestseller lists on multiple occasions. A reformed trial lawyer from North Carolina, Sawyer uses real life experience to create relatable, sexy stories that appeal to a wide array of readers. From new adult to erotic contemporary romance, Sawyer writes something for just about everyone. Sawyer likes her Bloody Mary’s strong, her martinis dirty, and her heroes a combination of the two. When not bringing fictional romance to life, Sawyer is a chauffeur, stylist, chef, maid, and personal assistant to a very active toddler, as well as full-time servant to two adorably naughty dogs. She believes in the good of others, and that a bad day can be cured with a great work-out, cake, or a combination of the two.